Get the opening track off the esteemed DJ-producer's debut solo album, "Tuff Enuff." 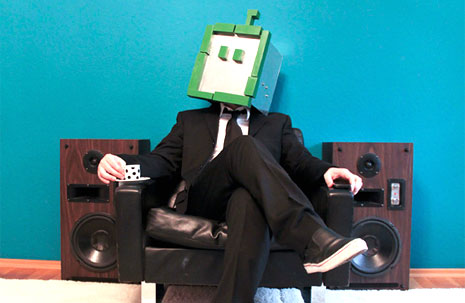 Since the mid-’90s, Irish-born Marcus Lambkin, aka Shit Robot, has DJ’d around the world, recorded loads of dance tracks, but never put together a proper album — until now. From the Cradle to the Rave comes out Sept. 21, and it’s a engrossing collection of minimal house tunes, with guest vocals from Hot Chip’s Alexis Taylor, Juan Maclean, and LCD Soundsystem’s Nancy Wang and James Murphy. Download “Tuff Enuff,” co-written with Murphy, below.

Old friends often convince each other to do crazy things, and that’s exactly the case with the duo’s collaboration on “Tuff Enuff,” where Murphy convinced a severely stressed Lambkin to sing vocals for the first time in his life.

“I was in New York at the time, and my wife was nine months pregnant, and I was pacing up and down the studio, terrified that I wouldn’t get home in time, waiting for the phone call,” Lambkin tells SPIN.com from his home in Stuttgart, Germany.

And as Lambkin’s anxiety grew, Murphy decided to propose something out of left field, at his pal’s moment of weakness. “James was just sitting there, laughing at me,” Lambkin says. “That’s where he came up with the idea of the lyrics: ‘Are you tough enough? Are you ready for the real?’ So I was like, ‘Well, who’s going to sing it?’ And he’s like, ‘You are!'”

Shortly thereafter, Lambkin was in the vocal booth, recording the lead vocals, under which Murphy would eventually record backing tracks. “On the track, you can hear synth notes that go along with the vocal notes — that was so I had something to sing along to,” Lambkin recalls.

“The whole thing was kind of malicious on his behalf, wasn’t it?” he adds with a laugh.

But the track is no laughing matter, at all. Built atop a head-bobbing low-end groove and laced with swells of krautrocky synths, “Tuff Enuff” will appeal to fans of the DFA universe, from Hot Chip to LCD.

Download “Tuff Enuff” and tell us what you think in the comments section.