EXCLUSIVE: At Home with Brandon Flowers

The Killers frontman, whose debut solo album just dropped, shows us his favorite things in his Vegas crib. 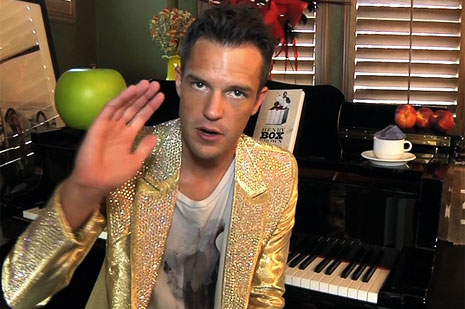 When we recently visited Brandon Flowers in his Las Vegas home, we discovered one of the most awesome items we’ve ever seen on our monthly visits to musicians’ cribs, for SPIN’s “In My Room” feature: A grand piano, given to Flowers by Elton John.

Flowers, 29, also showed off less glamorous but equally cherished goodies, like a tea cup that Morrissey used at a Vegas hotel – nicked by a pre-fame Flowers, who was an employee of the hotel.

Take a video tour of Flowers’ pad below, and click at right to see the full spread from this month’s issue of SPIN.