The rocker will play the role of drug dealer St Jimmy for eight performances starting Tuesday. 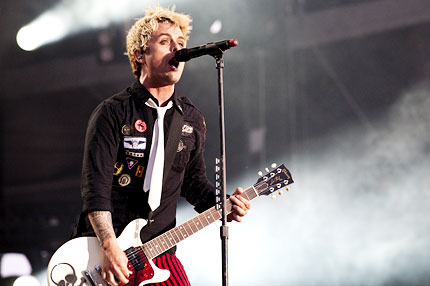 Green Day frontman Billie Joe Armstrong is set to perform in an entirely new venue this week: a Broadway Theatre.

The rocker will make his acting debut by joining the cast of American Idiot, the musical he co-wrote with Spring Awakening’s Michael Mayer, which is based on the band’s blockbuster 2004 album of the same name. For eight performances – from Tuesday, September 28, to Sunday, October 3 – Armstrong will take the stage at the St. James Theatre in the role of St. Jimmy, a drug dealer and central character in the Bay Area trio’s concept release.

Armstrong is filling in for actor Tony Vincent, who is on a leave of absence due to a personal family matter.

The Tony Award-winning American Idiot “loosely chronicles [five] characters’ various destinies in a post-9/11 society: love, pregnancy, drug addiction, and the war in the Middle East,” SPIN’s John MacDonald wrote of the production’s debut. With overzealous choreography and live performances of songs from a five-piece band, the musical “feels like a real rock show that just happened to take place in a Broadway theater.”