Arcade Fire: Behind the Scenes with SPIN

1.Eyes on the Prize 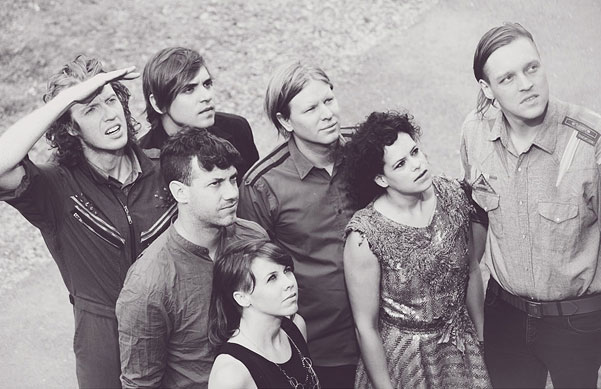 For SPIN's cover shoot with chart-topping Canadian indie juggernaut Arcade Fire, we met up with the band during their whirlwind album release week for The Suburbs, which kicked off in Montreal, stopped in Philadelphia and New York City's Madison Square Garden, then wrapped with a triumphant headline set at Lollapalooza.

2.Eyes on the Prize

For SPIN's cover shoot with chart-topping Canadian indie juggernaut Arcade Fire, we met up with the band during their whirlwind album release week for The Suburbs, which kicked off in Montreal, stopped in Philadelphia and New York City's Madison Square Garden, then wrapped with a triumphant headline set at Lollapalooza. 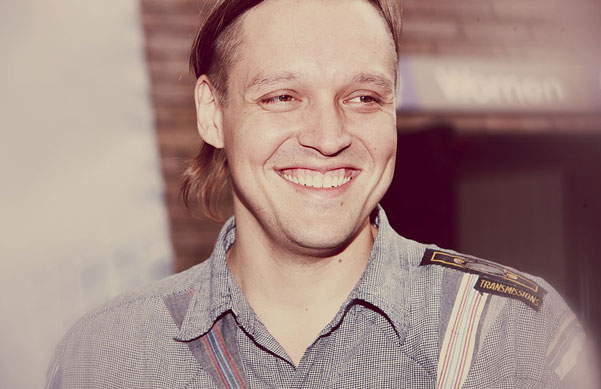 According to photographer Aroch, frontman Win Butler took an involved role in stewarding the shoot. "I noticed that [Win] was definitely a leader," Aroch says. "He would react to some of the ideas I showed him, and was like, 'Cool, I'm down, let's do it.'" 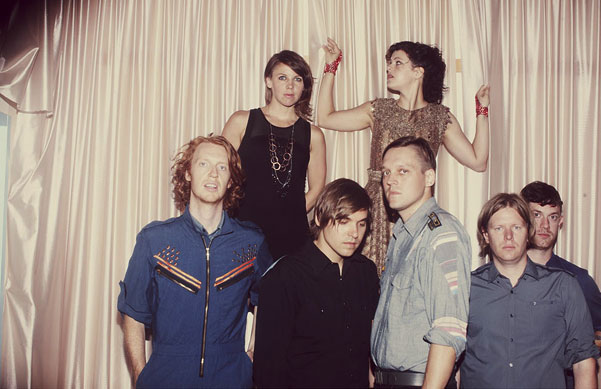 "I could just hang with them on a 'people' level, on a real level," recalls Aroch. "They were cool people all around."

But Aroch was even more bowled over by the band's eagerness to make the shoot a success, especially after a long night of performing and traveling. "I overheard them talking about the night before, and whatever show it was, and whatever city it was, and how they had been traveling all night," he says. "Now, they just woke up for the shoot, and I'm in their face. I don't know how they do it, every day, but they seem to do it. That was impressive in itself." 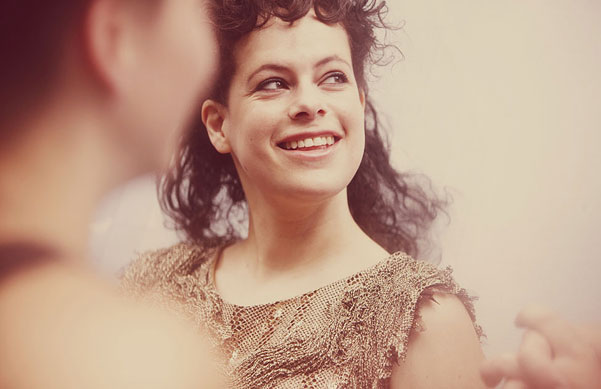 Here's Régine Chassagne, the band's keyboardist-singer, and Win Butler's wife. In John Wray's cover story, Butler talks about how Chassagne is his first sounding board for Arcade Fire ideas.

"Collaboration is crucial to this band," Butler says. "And conflict is important, too. Régine is my first audience, but we don't always see eye to eye. We've got drums in the living room, and a bunch of other instruments lying around, and I know I'm on to something if Régine comes downstairs and sits down at the kit. If she doesn't…" 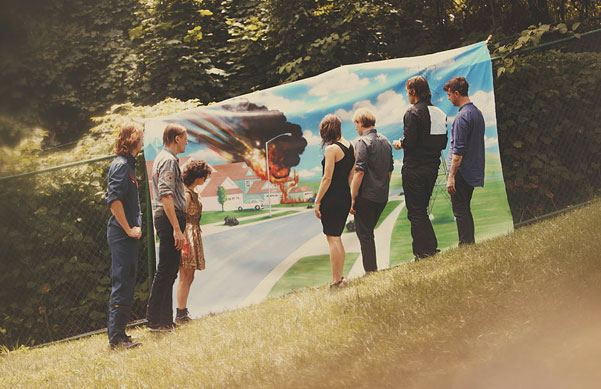 While they have a laid back attitude about certain things, Arcade Fire are more particular about others, like avoiding the pitfalls that befell some of their own musical icons.

"We can learn from the careers of all the bands we grew up with, and try to avoid some of the mistakes our heroes made," says Win Butler, in the green room in Philadelphia. "The Clash are kind of a cautionary tale--the way they operated their business, they got so screwed, and they just did three or four tours that were, like, three weeks too long. And if you put yourself into that situation, doing drugs all the time, it was inevitable, even if they were brothers, that they'd hate each other."

7.A Healthy Amount of "Not-Give-A-Fuck" 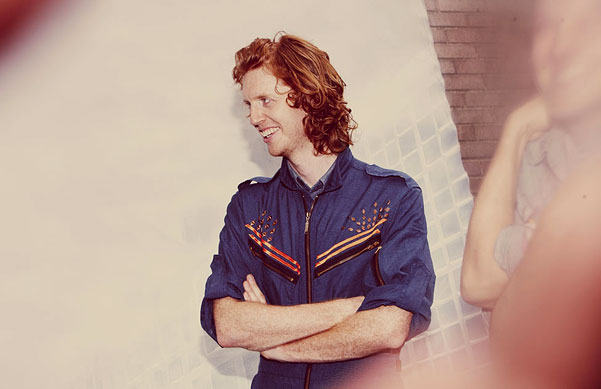 "It's a lot easier to know you have it in you to tear the roof off a small, 500-person room than to know you can tear the roof off the Bank of America Pavilion," he muses. "We kind of had the element of girth, and volume, and surprise on our side for a lot of the Funeral tour. Having the rep that we have now, for putting on crazy shows, is a blessing and a curse, in a way."

"On the other hand, in terms of what people think," Parry continues, "there's always been a healthy amount of not-give-a-fuck in this band." 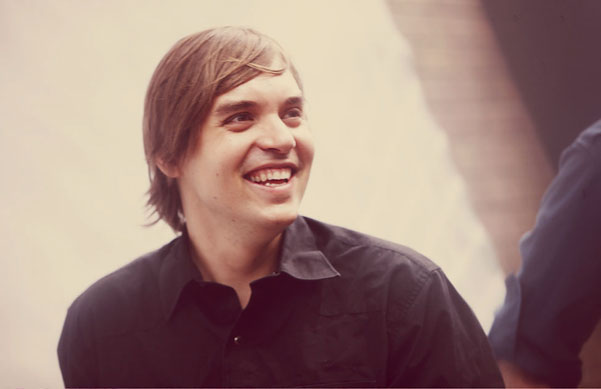 "We'd open with 'Wake Up' and just try to knock the crowd over," says Will Butler, Win's brother, of the band's early gigs. "We don't need to do that anymore, to be that aggressive, but those early shows shaped us. Now 'Wake Up' is the closer, the nearest thing we have to a single, and it's turned into a giant sing-along. But we've always played that song as if we were playing it for half a million people." 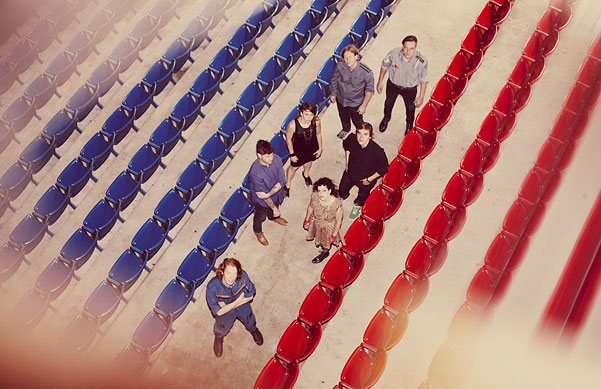 "I've been a fan of these guys since Funeral," Gilliam says. "I saw them play in a little place in Brixton [England] in 2005. Then I lost track of them for a while, and when I turned around--boom!--they were monsters! They're a contemporary act, these kids; they're using every medium and tool available. If they weren't, I wouldn't be here." 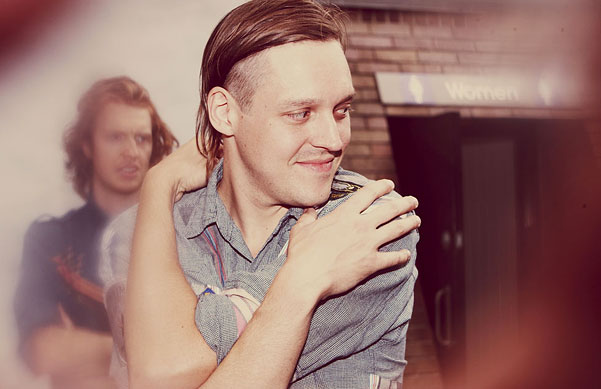 Writer John Wray muses about Win, while he's playing a game of Wiffle-ball with tour openers Spoon in Philly.

"With his tight-lipped grin and his involuntary athlete's crouch, he does his best to seem casual, but there's no doubt that he is counting every hit," Wray writes. "The term overachiever seems woefully inadequate here--I have no doubt that Win Butler flosses his teeth as if he were dismantling a thermonuclear device." 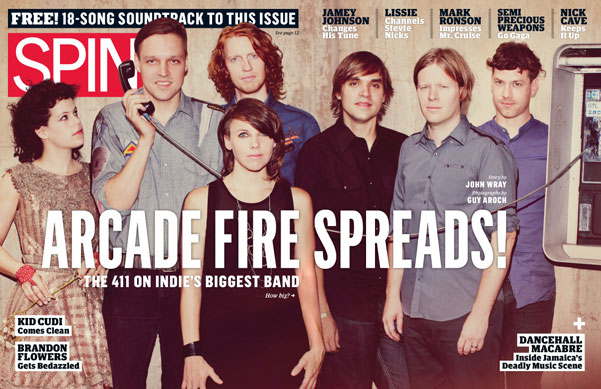 Get the full story on Arcade Fire's triumphant 2010 in the October issue of SPIN, on newsstands Sept. 21. For an excerpt of the cover story, click here.