Check out the trailer for the actor-rapper's bizarre film, I'm Still Here, out September 10. 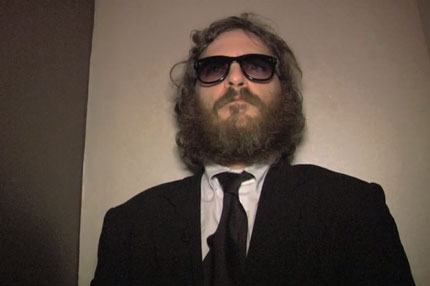 In the preview, Phoenix — sporting sunglasses and a full beard — battles paparazzi, takes advice from a sage-like old man, and raps on stage. At the end, Joaquin’s left standing in an Eminem 8-Mile-esque pose, preparing to perform.

Despite all of this absurdity, Phoenix claimed at the time that his foray into hip-hop was “no hoax.” But we’re still hoping for a punchline.