It would be both annoying and inaccurate to quip that diminutive, balding drummer-turned-singer Phil Collins became a music-industry titan against all odds. As evidenced by his multitude of hits, both solo and with Genesis, the 59-year-old Englishman made banging out karaoke favorites look easy. But despite his compositional prowess measurable by eight Grammy awards, a Best Original Song Oscar, and a memorable scene in the recent comedy The Hangover in which Mike Tyson air-drums to his “In the Air Tonight” — Collins hasn’t written a song on his new Going Back (Atlantic), a collection of faithful Motown covers. We called him at his house in the Swiss Alps to discuss the album, his infamous 1985 Live Aid performance with Led Zeppelin, and why Peter Gabriel fancied dressing up like vegetables.

This may be a strange question, but could you do this interview using only the titles of your songs as your responses?
We probably could do that, but I don’t think we want to, do we?
You were supposed to answer that with “No reply at all.”
Right. Well, it’s only three o’clock, you know.
That’s still morning to a rock star, I guess.
This rock star, mate, was up at seven, taking the kids to school.
Interesting. Don’t take this the wrong way, but you sound a lot like the gecko from the GEICO ads.
Oh, yeah. I know the adverts you mean. It is a London voice, isn’t it?
Yeah. Maybe contact them and say, “Dudes, I got this!”
It’s not at the top of my list, I have to say. But if I do, I will use you as a reference.
You’ve gone beyond merely covering songs on Going Back by slavishly reproducing these classic tracks. Are you worried you’ll take flak for not bringing anything new to the table?
I am prepared for the criticism. “Why did you do it?” The answer is similar to George Harrison with The Life of Brian: He paid for the film because he wanted to see the film. I paid for this because I wanted to sing the songs.
It’s been eight years since you’ve released any original material. Have you retired as a songwriter?
I don’t anticipate making any more records. The last thing I want to do is light a fuse that leads to all this other stuff, you know? It’s something that takes you away from home, ultimately, and I’ve spent all my life away from home.
No more new Phil Collins songs? Say it ain’t so.
Well, it’d only be a shame to a few people.
It sounds like you’re hyperaware of how the world perceives you.
Yes, I am aware that I have become a caricature. I’ve thought about this. Conceptually, what I’d like to do is the equivalent of writing myself out of the script. It’s like when someone gets written out of a soap opera because people don’t like him or he’s not audience-friendly. I’m quite happy to be that person.
People don’t like you? You’ve sold over 100 million records.
You know, I’ve released some great records and I’ve released some dogs. But frankly, the fun is in creating the thing. I’d rather write songs and make CDs for my pals than go around saying, “Phil Collins has a new record!” That’s not the way I wish to continue what’s left of my life.
Well, we’ll always have “In the Air Tonight.” Will that be your most enduring song?
You know, that song won’t lie down. It just won’t go away. I mean, there’s a Mike Tyson moment associated with it now. It’s just bizarre. I guess it has a bit of mystery, a lot of atmosphere, and the drums coming in, pinning people to the wall.
By mystery, do you mean the erroneous belief that the song is about you seeing someone drowning and not helping?
The urban myth that’s sprung up around the lyrics — it’s weird. As I’ve said, there’s absolutely no story behind it because the lyrics were improvised.
Are you ever amazed that you got to play drums with Led Zeppelin?
It wasn’t amazing to be there, I have to say. They weren’t very good. And I was made to feel a little uncomfortable by the dribbling Jimmy Page. If I could have walked off, I would have — but then we’d be talking about why Phil Collins walked off from Led Zeppelin. So I just stayed there and bit my tongue.
When Peter Gabriel was in Genesis, did he ever explain to you why, exactly, he dressed like a giant stalk of broccoli onstage?
No, but it was just Pete being Pete. I didn’t even think it was particularly weird. [Jethro Tull’s] Ian Anderson was running around the stage on one leg, dressed up like a tramp. People were doing weird things.
Last question: Who would win in a battle of singing drummers — you or Don Henley?
Well, like Don Henley, I can sing from behind the drums, but it just looks so shitty. That’s why you don’t get many singing drummers now. And, you know, I never wanted to be a singer. When Peter left Genesis and we couldn’t find another singer, I drew the short straw. So, in many ways, my career happened by accident. I just wanted to be a drummer.
WATCH: Phil Collins with Led Zeppelin playing “Stairway to Heaven” at Live Aid (1985) 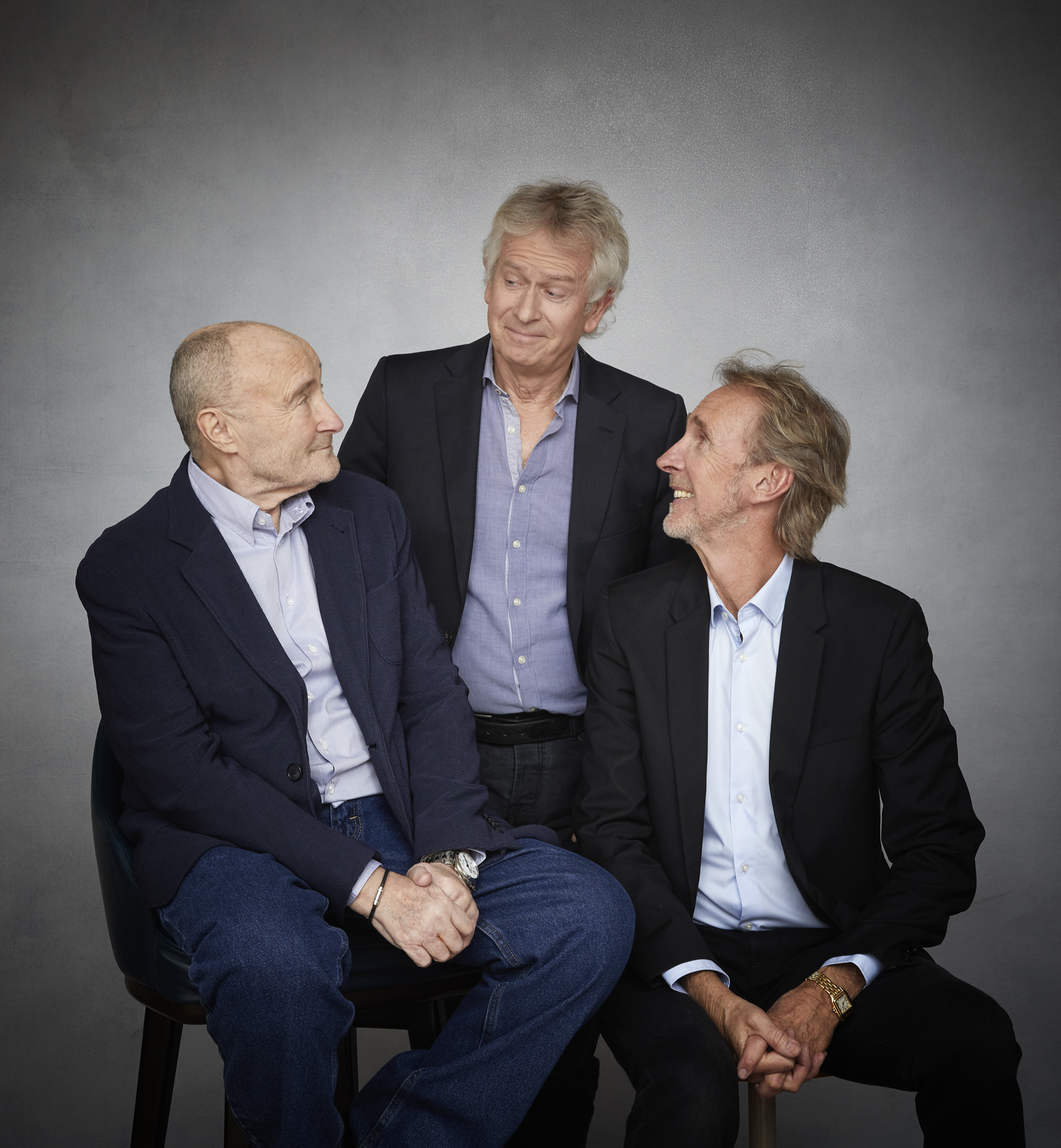