The Age of Adz, inspired by schizophrenic artist Royal Robertson is due October 12. 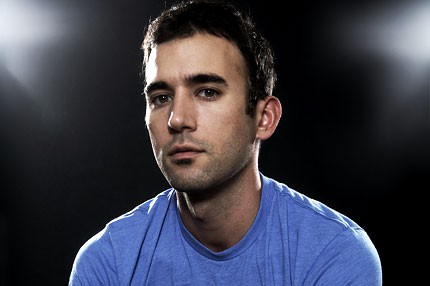 After dropping a surprise EP last week called All Delighted People (available for stream and download here), Sufjan Stevens announced today that The Age of Adz, his first full-length release in five years (and ninth overall), will drop October 12 via Asthmatic Kitty Records.

The Age of Adz (pronounced “odds”) is inspired by the apocalyptic art of Royal Robertson-a Louisiana-based sign designer who suffered from schizophrenia and illustrated space aliens, futuristic automobiles, monsters, and signs of the Last Judgement, typically on poster boards with magic markers and glitter. Stevens used these images and ideas as a springboard into personal themes on his album, like love, sex, death, disease, illness, anxiety, and suicide.

So, yeah. It should be pretty weird.

In support of the album and EP, Stevens is touring theaters throughout North America this fall. Check out those dates here.

Are you excited about the new Sufjan album? Tell us in the comment section below!