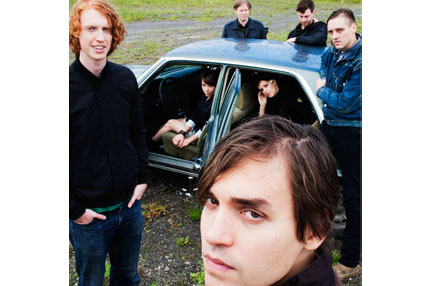 Arcade Fire week is in full swing, here in North America: The Canadian band kicked off a 10-date tour in Montreal over the weekend, and now their entire album, The Suburbs (out August 3), is streaming on NPR. Hear it below.

The record is another triumph for the band, whose last release, Neon Bible, landed at No. 2 on SPIN’s Best Albums of 2007 list, and whose debut, Funeral, was No. 66 on our list of the Best 125 Albums of the Past 25 Years.

“The Suburbs burns on behalf of the belief that modern culture is missing its heart — and to give up the search is to send one’s soul to oblivion,” says SPIN’s David Marchese in his review of the new album, likening certain tracks to top-tier catalog moments from the Stones, the Who, and Sonic Youth.

Now that The Suburbs has arrived, what do you think? Listen and sound off in the comments.