La Roux to Tour the U.S.

The breakout synth-pop act is set for an 11-date headlining tour along the East Coast. 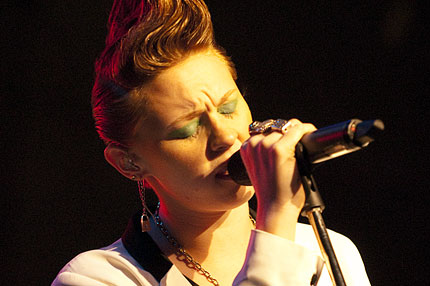 U.K. breakout dance duo La Roux, whose self-titled debut continues to gain traction in the U.S. a full year after its release, will tour the East Coast this November.

The trek comes in tandem with the release of a new remix EP for the single, “In for the Kill.” It kicks off November 1 in Fort Lauderdale, and wraps up November 17 at New York City’s Terminal 5. See the full itinerary below.

Earlier this month, online sales of “In for the Kill” spiked more than 600 percent after the song was featured during HBO’s Entourage.