How They Became… YACHT

The Portland, Oregon, dance duo share the story behind their name. 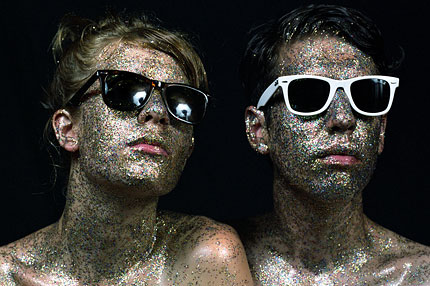 Welcome to the weekly SPIN.com feature “Name That Band” inwhich we get the inside stories behind the mysterious monikers of some ofour favorite artists. (See past episodes of Name That Band! here.)

This week: Portland, OR, dance duo YACHT, who will appear at the Hollywood Bowl with the Chemical Brothers on August 29.

Why Yacht: “YACHT is actually an acronym,” says keyboardist Jona Bechtolt. “It stands for Young Americans Challenging High Technology. It refers to an education program that was held in Portland, Oregon. I was enrolled when I was 16, back in 1996. YACHT wasn’t affiliated with the local school system or anything-it was a separate entity. I don’t want to get young to deep into it because there were some shady aspects. The program was shut down mysteriously. It was very weird. Half the day was spent learning about embracing and harnessing technology to increase creativity and the other half was a bunch of anti-technology discussion. It was confusing. But when I started the band in 2001, I wanted a name that was mysterious and strange and YACHT seemed like a perfect fit because I’d already had such a bizarre experience with the name.”

Previously Rejected Names: “YACHT was actually the first name I thought of. But I’ve been in other bands. One was called Airheadz. Then I played in a protogrunge band called the Rejecks.”

Worst Band Name Ever: “I don’t want to call anyone out,” says Evans, “but I really don’t like band names with a rhyme in them or that reference a celebrity or have some other punny aspect.”