Does it get more intimidating than having a Beatle and the President in the audience? 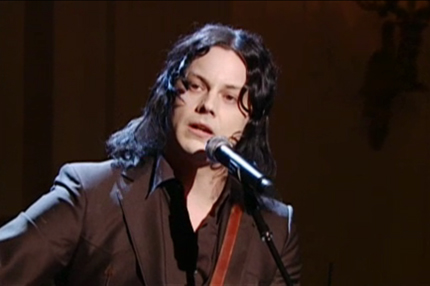 Ice water must flow in the veins of Jack White and Dave Grohl.

Last month the two rockers covered Paul McCartney songs at the White House mere feet from the former Beatle and the leader of the free world, Barack Obama. Heeelllooo, jitters. The video of their performances just dropped online. Watch below!

The occasion was a special ceremony and concert in honor of McCartney, who received the prestigious Library of Congress Gershwin Prize for Popular Song. White took the stage solo and played “Mother Nature’s Son” from the Beatles White Album on acoustic guitar. Grohl, meanwhile, kicked things up a notch by performing “Band on the Run” with Macca’s backing band. But first, he addressed the guests of honor: “Paul, you’re my hero. Mr. President, you’re my other hero.”

What do you think of White and Grohl’s performances?Watch below, then tell us in the comments section!

Watch the full episode. See more In Performance at The White House.

Dave Grohl, “Band on the Run”

Watch the full episode. See more In Performance at The White House.