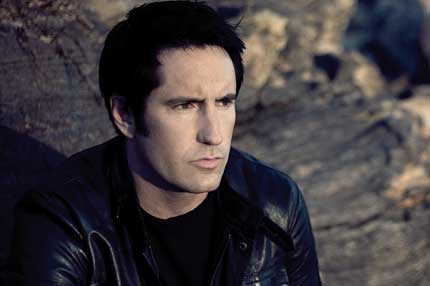 Reznor posted on his website that he’s writing and recording the score for The Social Network, Fincher’s new film about the founding of the social networking website. The film, out October 1, stars Justin Timberlake, Rashida Jones (Parks and Recreation), and Jesse Eisenberg (Zombieland, Adventureland) as Facebook’s head-honcho Mark Zuckerberg.

For the score, Reznor is teaming with longtime NIN producer-collaborator Atticus Ross, who is also a member of How to Destroy Angels, Reznor’s latest project featuring his wife, ex-West Indian Girl singer Mariqueen Maandig, on vocals. Reznor’s score is expected to drop a few weeks prior to the movie’s opening date.

Reznor added that when Fincher first approached him about scoring the film, he was perplexed as to “what would draw [Fincher] to tell that story.” But after reading the script, Reznor immediately signed on. “The level of excellence that David operates on is inspiring and the entire process has been challenging and truly enjoyable.”

“We’re nearing the completion of this and I couldn’t be happier with how it’s turned out,” and even gave an initial review of the film: “It’s really fucking good. And dark!”

What do you think about Reznor scoring The Social Network? Tell us in the comments below!