For frontman Jason Spaceman, performing Ladies & Gentlemen... in New York City is a labor of love. 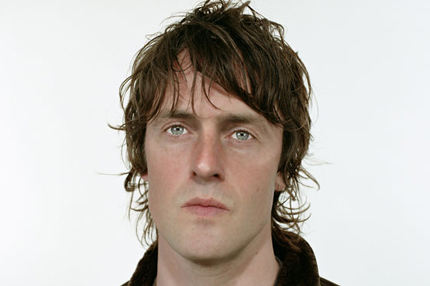 Spiritualized’s 1997 opus Ladies & Gentlemen We Are Floating in Space is one of the best albums of the past 25 years, and the band is about to perform it live, in its entirety, for the first time ever in the U.S. — and for the last time ever, anywhere.

“The whole thing is losing money, so it’s just been tight, like, ‘How can we make it work?'” Spiritualized’s creative mastermind Jason Spaceman tells SPIN.com. “The [3] shows that we did in England were so glorious, and I realized if we didn’t pull it together now and take it over to the U.S. now, we wouldn’t ever bring it at all. It’s exciting.”

The July 30 gig — part of SPIN’s 25th anniversary celebration, presented by ZYNC from American Express — is set for New York City’s Radio Music Hall, and will be simulcast live, with a nine-camera shoot, over the web via SPIN.com. Click here for webcast details. This will be the only U.S. show.

“People have had 13 years with this album, so they’ve been moved by it, they’ve been taken places by it,” Spaceman adds. “But live, it’s not about renditions, what it sounds like on the record. It’s about this great feeling and this electricity, and I think that’s what’s so glorious. I think it’s taken 13 years before we could really do it justice, really push it into the place where we wanted it to be.”

Spaceman has staged the full-album performance a few times before — first at the January 2009 Australian installment of the All Tomorrow’s Parties festival, then twice at the British version of ATP, and finally in London, at the Barbican Centre, home of the London Symphony Orchestra.

Like those earlier gigs, the NYC Ladies & Gentlemen show will feature a choir (from Queens, NY), an eight-piece string section, and brass. “I’m not daunted by it,” Spaceman says, noting that he’s not even getting into town until the day before. “We’ll put the show together maybe the afternoon before and mostly on the day of, but it should work out.”

Despite the album’s cult-fave status, bringing it to life in front of an audience didn’t always make sense to Spaceman. “If you’d asked me a year ago, I’d have thought of it like battle re-enactment, you know, like when people dress up and do the Battle of Waterloo, go out in a field, and shoot fake guns at each other,” he says.

But now, he’s stoked, especially about performing the album’s final track, “Cop Shoot Cop,” in New York City. “‘Cop Shoot Cop’ was always, in my mind, this trip from New York to the Joshua Tree Desert [in California], and everything that you get in between, but in fast motion, like making the journey in real time and then speeding it up so it lasts only as long as the piece of music,” he says. “By bringing it to New York, at least we got to where that track starts.”

Tickets for the July 30 gig are still available via Ticketmaster.

Are you excited for Floating in Space? Sound off below.