The pop star is cast alongside TV hunks Taylor Kitsch and Alexander Skarsgard in a flick based on the board game. Seriously! 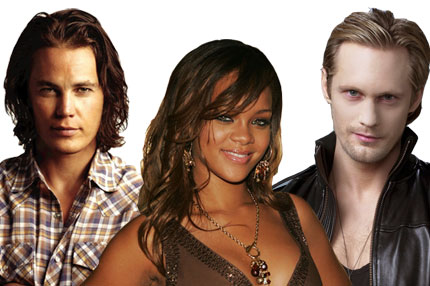 The story’s details are scarce right now, but according to Variety the plot will revolve around a planet defending itself with air, land, and sea combat against a superior force. So, it’s just like playing Battleship against your older brother, and trying to stop him from cheating. The film is aiming for a 2012 release.

Rihanna did some acting most recently in the video for “Love The Way You Lie,” her chart-topping collabo with Eminem. She’s also in the midst of a summer tour with Ke$ha and Travie McCoy — read SPIN’s review of the opening night.