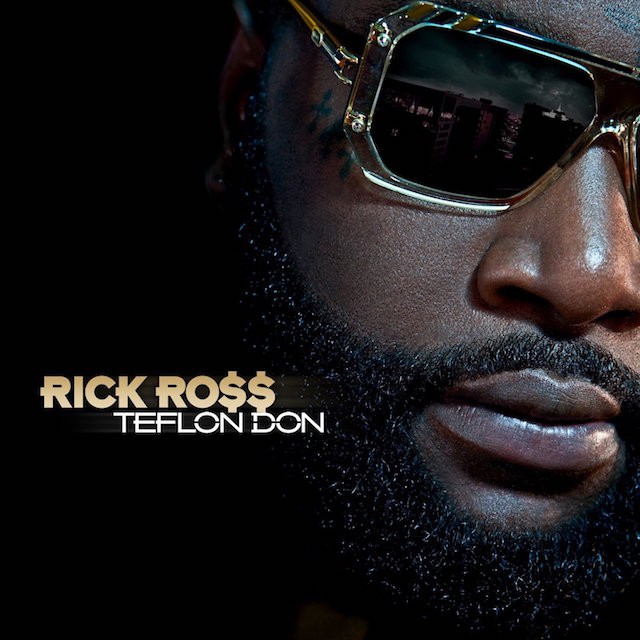 Rick Ross has been generous with descriptions of material rewards (“Hustlin'”), but stingy with personal details (his past as a corrections officer). If the Miami rapper has been a shell, though, he’s become Fabergé on Teflon Don, his fourth and best album. The songs here are baroquely structured, richly musical creations with humor and emotional depth.

“Tears of Joy” begins with the voice of Black Panther Bobby Seale, plus Cee-Lo Green emoting over soft piano keys, as Ross raps, “I wanna walk in the image of Christ / But that bitch Vivica nice / And I’m still swimming in ice.” Slivers of struggle abound — a father with cancer, Ross’ own cal-lousness toward a miscarriage from a “side ho” — but Ross remains at his best when he’s full-throated with gleeful bravado. On the thunderous “B.M.F. (Blowin’ Money Fast),” he compares himself to infamous drug barons; flanked by Diddy and backed by rattling wood blocks and pulsing 808s on “No. 1,” he roars, “I think I may need goggles / All my bottles sparkle.”

Give Ross’ bombast credit for captivation; he holds primacy over a tidy, 11-track album teeming with guests including Jay-Z, T.I., Kanye West, Gucci Mane, Drake, and Erykah Badu. Apparently freed from maintaining his persona as a glowering coke lord, he is positively ebullient about being the rap star that he always wanted to be.