The final work of the late actor is now available for download via iTunes, along with the London MC's new EP. 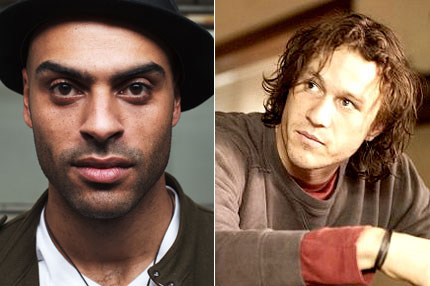 Heath Ledger’s final creative act is now available for purchase. A music video for “Cause an Effect,” by London-based, Australian-born rapper N’FA, can be downloaded via iTunes as part of the MC’s new EP.

Ledger conceptualized and filmed the clip in his garage not long before his death in January 2008, and captured N’FA — a boyhood friend of Ledger’s — in spooky, Joker-esque makeup. Posted on YouTube in October 2009, the video has racked up over 277,000 plays.

“Heath loved the song, and wanted to make a video that artistically married itself to the energy of the track, to indulge listeners and viewers alike,” says N’FA, aka N’Fa Forster-Jones. “At the end of the day though, it was two old friends hangin’ out doing what we love. Good times.”

Watch the video below — it’s available for purchase now via iTunes — and tell us what you think in the comments section.