The Gossip Girl actress attempts to outdo Courtney Love on "Miss Nothing." 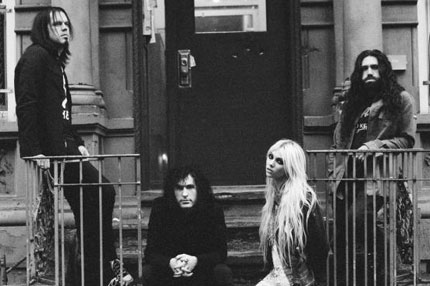 Momsen’s band the Pretty Reckless just dropped the second single off their upcoming debut Light Me Up (out August 31), and while its lyrics recall Hole’s 1994 hit, it’s a catchy and gritty alt-rock anthem on its own.

Offstage, Momsen is also playing by the book of Courtney: “I didn’t get into this to be a role model,” she told Britain’s Times Online. “So I’m sorry if I’m influencing your kids in a way that you don’t like, but I can’t be responsible for their actions. I don’t care.”

Her band’s first single, “Make Me Wanna Die,” peaked at No. 1 on the UK rock chart, and “Miss Nothing” has the potential repeat its success.