The rap-metal kingpins are back! Click here for details on their first release in three years. 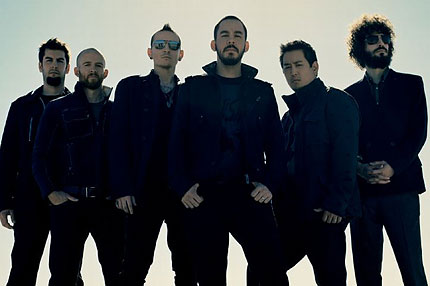 Sorry, Limp Bizkit, your reign as the leader of the “Rap-Metal Bands Whose Names Start With ‘L'” category has ended: Los Angeles’ Linkin Park will return on September 14 with A Thousand Suns, their first studio album since 2007’s blockbuster Minutes to Midnight.

The album was co-produced by Rick Rubin (U2, Johnny Cash) and Linkin Park’s own Mike Shinoda; its first single “The Catalyst” drops August 2.

Last year, Shinoda spoke with SPIN about their efforts and hopes for the upcoming album. “We really want to do something special and unique for the next record — we want to redefine the band,” he said, adding that the experimental sound of Minutes to Midnight helped the six-piece gain artistic perspective for A Thousand Suns.

“On the new record, now that we have a sense of everything that’s available to us [after making Minutes to Midnight], we can reel it in a bit and focus on just the things that we like, which so far is turning out to mean music that is more beat-driven and has a keyboard and drum machine kind of feel.”