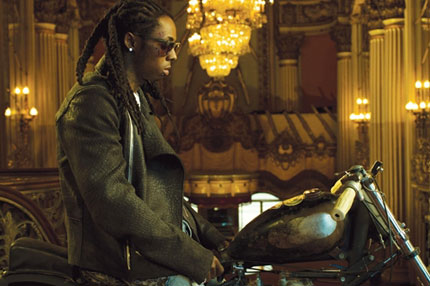 Lil Wayne may be serving a year-long prison sentence, but not even jail can subdue the rapper’s musical output: According to the rapper’s management, an EP of new tunes will emerge months before his November release.

“I’m putting out a [Lil Wayne] album called I’m Not A Human Being and I’ll probably drop it on his birthday, September 27,” Wayne’s co-manager and Young Money CEO Cortez Bryant told Vibe.com.

The September EP will hit digitally. “We’re not about to roll out no three month set up,” Bryant said. “I’m not even putting it out in stores. We just gonna put it out virally and maybe package it up for Christmas. Give ‘em a hard copy later for fan appreciation.”

The completion of Wayne’s next full-length, The Carter IV, the follow-up to 2010’s Rebirth, will have to wait until Weezy is a free man.

In the meantime, you can keep up with all things Weezy on the Louisiana-bred rapper’s prison blog, where he responds to fan messages and provides updates on his incarceration.

Are you excited to hear new Wayne tunes?Tell us what you think in the comments section!