"If it doesn't sound weird then I think it's a success," frontman Win Butler says of their sound. 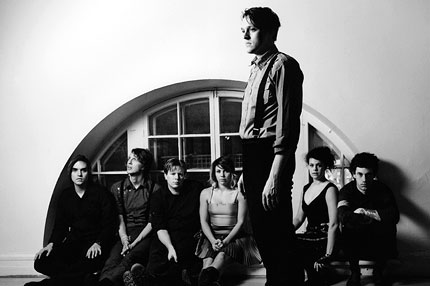 Montreal indie collective Arcade Fire will release their much-anticipated third album, The Suburbs, on August 3. What will it sound like? Well, according frontman Win Butler, like “a mix of the Depeche Mode and Neil Young.” Wait. What?

“That’s kind of a weird combo, and if it doesn’t sound weird then I think it’s a success,” he told the BBC.

Arcade Fire are currently on tour — watch video of their recent secret hometown show here — and will head stateside in August for their first U.S. shows in three years, including two nights at New York City’s legendary Madison Square Garden, August 4 and 5 (a second show was added after the first sold out).

“We can’t really pretend that no one’s ever heard of us before,” Butler said, alluding to the interest in their tour. “It takes a little bit of getting used to knowing that the first warm-up show you ever play will be everywhere on the internet, and you kind of have to grow up in the public in a lot of ways. But it really feels like we’re at the point in this tour now where we’re playing really great and the new songs feel really vital.”

Are you excited for Arcade Fire’s new album? Tell us in the comment section below.