Hear 11 of 12 tracks from the much-anticipated MAYA now! 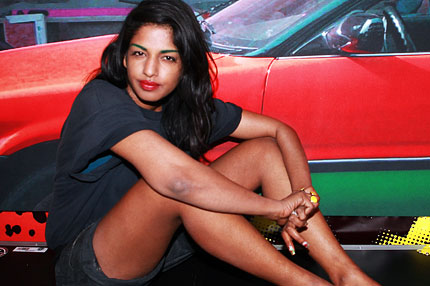 Global music provocateur M.I.A. is previewing her new album, MAYA, via her MySpace page. A week before its official July 13 release date, 11 of the album’s 12 tracks (one song, “Lovalot,” is missing) are streaming on the site.

Already praised by SPIN as one of 2010’s best albums, MAYA is M.I.A.’s third LP and her first since 2007’s Kala. The 12-song album includes club banger “XXXO” and politico-punk track “Born Free” (check out its controversial video), as well as another (surprise!) politically-minded standout track “Lovalot.”