Jonathan Davis says producer Ross Robinson "got into [his] head" on Korn III: Remember Who You Are. 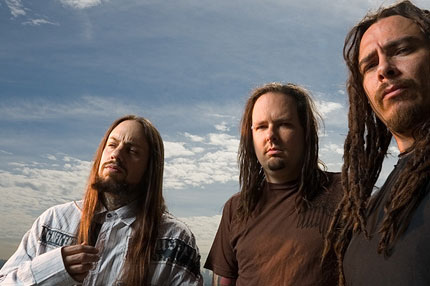 Korn frontman Jonathan Davis is reminiscing about the recording process of hisband’s just-released album Korn III: Remember Who You Are, calling it “sheer fucking torture and hell.” Yikes.

In a new interview with Billboard, the alt-metal singer says that producer Ross Robinson forced him to re-visit his painful past (also addressed in the band’s controversial 1994 track “Daddy,” which explores Davis’ molestation as a child).

“I’d come in with some lyrics,” Davis says, “and we’d go through them line by line and talk about everything that was behind them, and [Robinson] would really want to get inside them. And once I’d get in there and start to sing he would use those things against me, like pouring salt on the wound. He got into my head and took me to a very bad place. I relapsed into fucking depression, hard. I got suicidal.”

The painful recording process paid off. SPIN’s album review hails Davis’ “persistent self-flagellation” on an album that “packs pain by the pound.” In the Billboard interview, Davis acknowledges that the trauma of the recording process was “necessary,” and says he called Robinson afterwards to thank him for the therapy.

Korn are currently co-headlining the Rockstar Energy Drink Mayhem Festival with Rob Zombie. The trek extends across the country until mid-August. See the full itinerary here.

What do you think of Korn’s new album? Tell us in the comment section below.