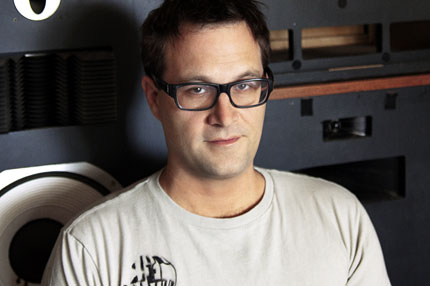 TV on the Radio’s Dave Sitek will release his debut solo album under the name Maximum Balloon on August 24, complete with guest vocalists like David Byrne, Karen O, Little Dragon, Theophilus London, and his TVOTR bandmates. But isn’t waiting totally overrated? Yes. Yes, it is.

SPIN.com has scored an exclusive stream of Maximum Balloon album track “If You Return,” featuring Little Dragon’s Yukimi Nagano on the mic. Listen below.

If N.A.S.A. astronauts are planning a dance party in outer space, this is their go-to jam. It’s a glittery electro-pop strut, with layers of cascading synth blips and bleeps, clapping drum machine beats, and intergalactic funk bass grooves.

Also on the track: Mr. Sitek himself, who drops a few ads for SPIN’s readers, jokingly playing his best hip-hop hype man by hollering, “You know you love this. I know you’re rockin’ side to side. Yep. Maximum Balloon.” Well, it must feel good being so right, Mr. Maximum.

For more on Maximum Balloon, click here for a track-by-track preview of the album.

What do you think of “If You Return”? Tell us in the comment section below.