Get "Where I'm Going," the chilled out, beachy new song from the Australian dance-rock denizens. 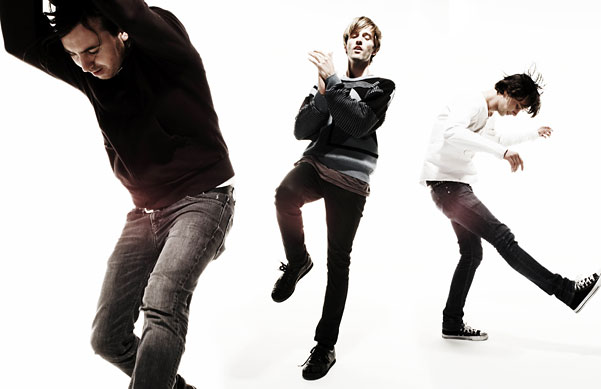 Cut Copy are back with a new single, “Where I’m Going,” off their not-yet-titled third album, due in early 2011. Download it below!

“Where I’m Going” is a dreamy, beach-ready track, and quite a departure from the sleek electronic grooves of 2008’s breakout smash, In Ghost Colours. More than ever, Cut Copy sound like a conventional rock band — but with a faint sprinkle of keyboards and watery atmospherics serving as a pleasant reminder of their disco-dancing past.

The track release precedes Cut Copy’s three U.S. gigs in August, where they’ll play Chicago’s Lollapalooza (at a late-night afterparty August 6, then during the festival itself on August 7) then Brooklyn’s Pool Parties on August 8.

Download the track using the widget below — your email address goes to Cut Copy, not SPIN.