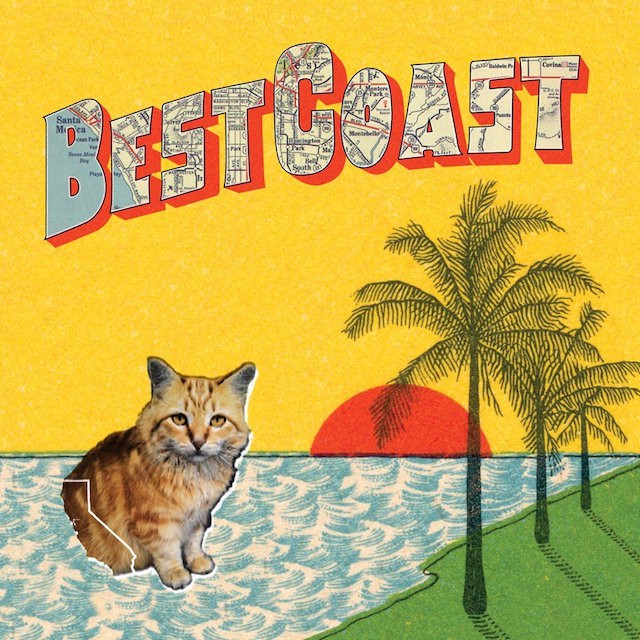 Despite all the girl-pop harmonies and kitty-by-the-seaside art, you get the sense that Beth Cosentino, like all of us, has a complicated relationship with summertime. She moved back to California from Brooklyn in 2009, proclaiming on MySpace that she formed Best Coast so people could “make out to it on a beach blanket.” But listen to her debut and you find Cosentino herself in an iconic pop pose far from the sand: “Waiting, waiting, waiting, waiting, waiting by the phone.”

With a voice as brassy and aggrieved as Neko Case’s, but as echo-drenched as the Crystals’, Cosentino luxuriates in the heartbreak that lay at the center of the ’60s sunniest songs. She wants to leave the house and catch some rays, but is too lovesick to even go to the store for sunscreen.

The routine might get tiresome if Cosentino didn’t prize yearning melodies and deceptive simplicity so highly. Each short track dives into a majestic coda and leavens the swooning with blunt, modern humor. “I lost my job, I miss my mom, I wish my cat would talk,” she sasses on “Goodbye,” later adding that nothing makes her happy, “not even TV or a bunch of weed.” Crazy for You is a soundtrack to bikini season as it’s actually experienced, racked by impossible expectations and as high as the tide line.