1. How many of these artists can you name? 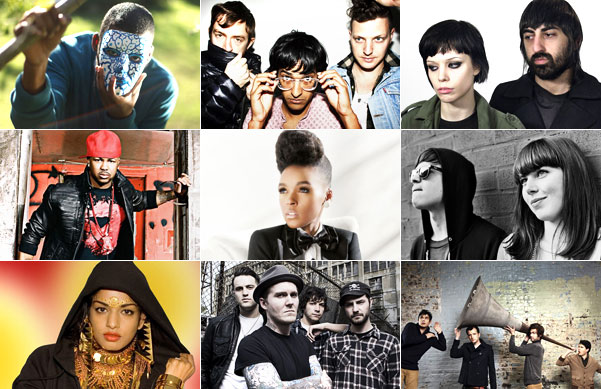 If you recognize Sleigh Bells and The-Dream, we applaud your wide-ranging musical taste!

To help you weed through the hundreds (make that thousands!) of new releases, SPIN's editors picked the top records of the first half of the year. Click through the gallery to see who made our list -- and read our reasons why. -- William Goodman

2. How many of these artists can you name?

If you recognize Sleigh Bells and The-Dream, we applaud your wide-ranging musical taste!

To help you weed through the hundreds (make that thousands!) of new releases, SPIN's editors picked the top records of the first half of the year. Click through the gallery to see who made our list -- and read our reasons why. -- William Goodman 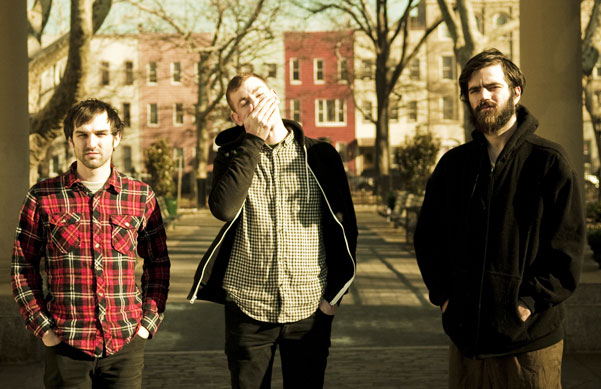 The Monitor (XL)
How did this New Jersey fivesome follow their buzz-worthy 2008 debut? With a 65-minute concept album that uses the bloody battles of the Civil War as a metaphor for modern love. Heavy. But it works. "With five songs clocking in at more than seven minutes, it's a big-idea album that feels small and personable, even as it's kicking you in the shin," we wrote in our review. And friends of the band like the Hold Steady's Craig Finn, Vivian Girls' Cassie Ramone, and Ponytail guitarist Dustin Wong all joined the battle. 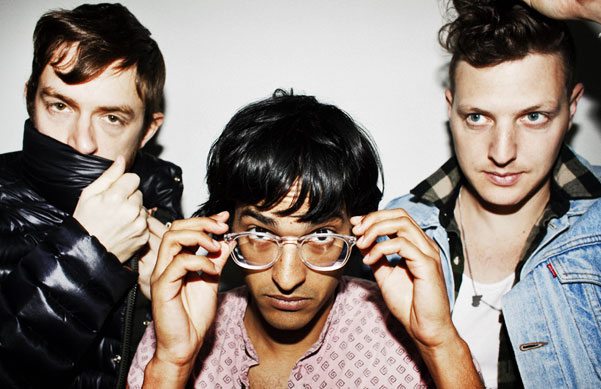 Odd Blood (Secretly Canadian)
This Brooklyn outfit warned of an impending apocalypse over a richly psychedelic mix of Middle Eastern and folk sounds on their 2007 debut All Hour Cymbals. Well, someone must have found a therapist, because on their second album the boys forget the paranoia and pin their hearts to their sleeves, embracing '80s synth pop. On the percussive, experimental dance jam "Ambling Alp" and the tropical romp "O.N.E.," the trio swan dive into new wave, channeling touchstones like Erasure. Read SPIN's review here. 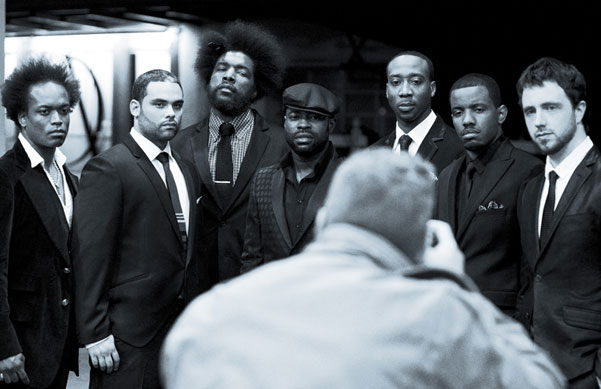 How I Got Over (Def Jam)
This genre-blending Philadelphia hip-hop outfit may be America's favorite late-night house band, but on their ninth studio album they prove that working with Jimmy Fallon hasn't tamed their experimental and ferocious style one bit. John Legend and indie stars like Joanna Newsom, Jim James of My Morning Jacket, and the ladies of Brooklyn's Dirty Projectors all make appearances. Read SPIN's review here.

WATCH:The Roots, "How I Got Over" 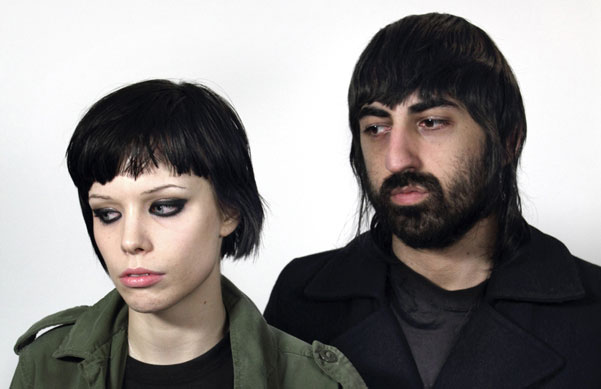 Crystal Castles (Fiction)
This experimental Toronto electro duo made a name for themselves with a 2008 debut album full of catchy drum machine beats and digital dramatics that recalled a berserk Nintendo. But two years later they returned with something more. Their second album reveals "a depressive, darkwave charisma… [with] beautifully tormented dance songs, full of bleak memories and heartbreak. Their angry tantrums may be extinguished, but the gothic sorrow endures." Read our review. 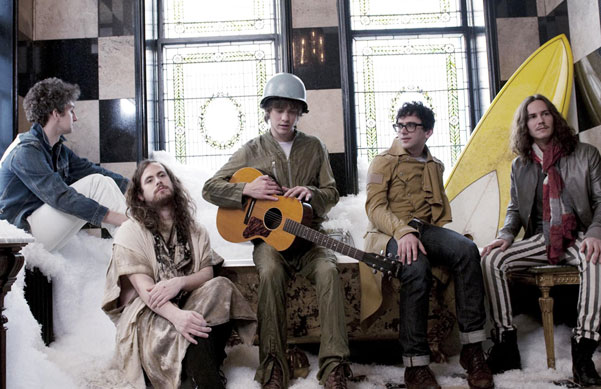 Congratulations (Columbia)
After their debut album Oracular Spectacular hit pop ubiquity, this Brooklyn-based band switched directions with their second album, ditching the headband and wayfarers shtick and recording "the most playfully artful bad-trip pop album since the Monkees' 1968 soundtrack Head," according to SPIN's review. "Judging by Congratulations, MGMT are really just earnest, unjaded fanboys -- fanciful Anglophiles who worship Syd Barrett, Ray Davies, Marc Bolan, et al., and would rather stay home, listen to records, and geek out than snort up Fashion Week." 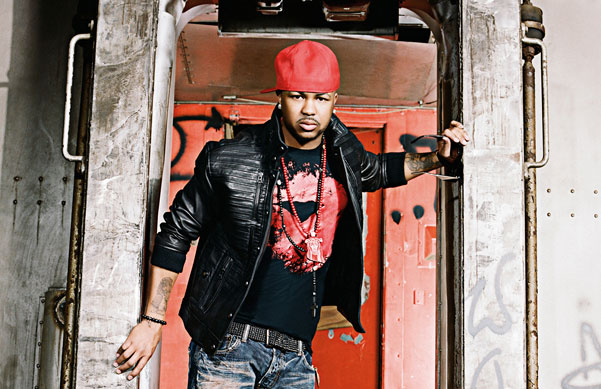 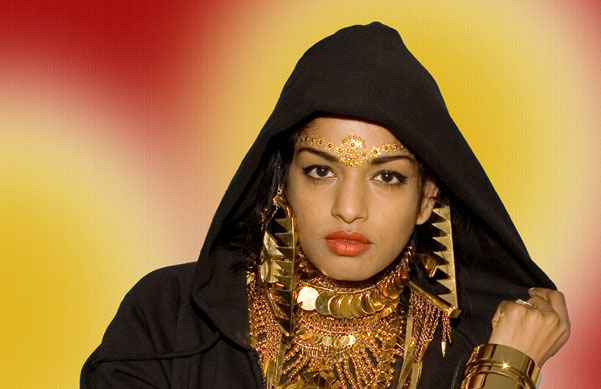 MAYA (N.E.E.T./XL/Interscope)
After the birth of her son in February '09, the Sri Lankan rapper born Mathangi Arulpragasam holed up in her Los Angeles home, recruited producers both familiar (Switch, Blaqstarr, Diplo) and new (Rusko, Sleigh Bells' Derek Miller), and recorded perhaps her best album yet. "Unlike the nomadic cultural-attaché persona she adopted for [2007's] Kala -- after visa issues disrupted plans to record in the U.S. -- M.I.A. plants her feet firmly with this self-titled album… [and] proudly proclaims her intentions as a first-world pop star." Read SPIN's review here. 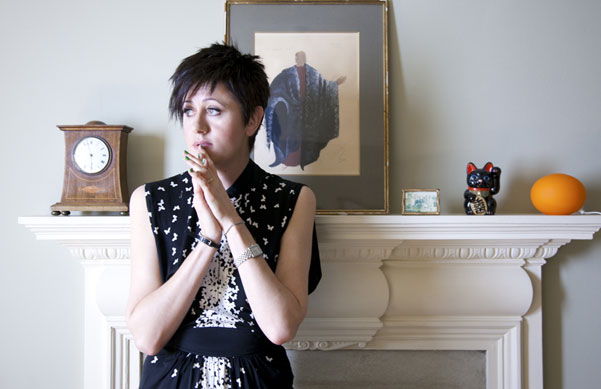 Love and Its Opposite (Merge)
This English popstress crafted one of the most recognizable lyrics of the past two decades, singing, "And I miss you,like the deserts miss the rain," on Everything But the Girl's "Missing," which crashed the U.S. charts in 1994. Now, with her second solo album following an eight-year hiatus, that same memorable voice is back and as emotionally affecting as ever. With help from Berlin-based producer Ewan Pearson (Moby, Goldfrapp, Depeche Mode), Thorn ditches electronica and crafts a moody chamber-pop sound with atmospheric pianos, keys, and guitars, and observational lyrics from the perspective of a 47-year-old woman with kids and a husband (Ben Watt, her collaborator in EBTG). Hot Chip's Al Doyle and Swedish singer-songwriter Jens Lekman lend a hand on this lovelorn and moody gem.

WATCH:Tracey Thorn, "Why Does the Wind" (Ewan Pearson Radio Edit)

Tracey Thorn 'Why Does The Wind?'(Ewan Pearson Radio Edit) by buzzinfly 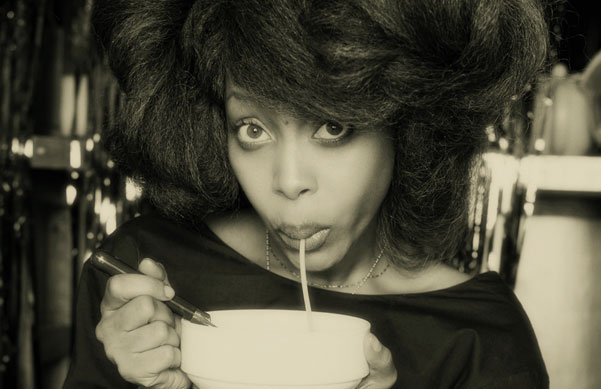 New AmErykah Part Two: Return of the Ankh (Universal Motown)
On her fifth full-length since 1997, the eccentric neo-soul queen stripped down her sound -- not to mention herself. She ditched the intergalactic P-funk of her last album in favor of an "earthbound and elemental [approach] that stuns," according to our review. And to underline the naked beauty of her latest music, Badu shed all her clothes in the video for lead single "Window Seat," in which she roams the downtown section of her hometown Dallas, TX. AmErykah is "lover's rock," Badu style. 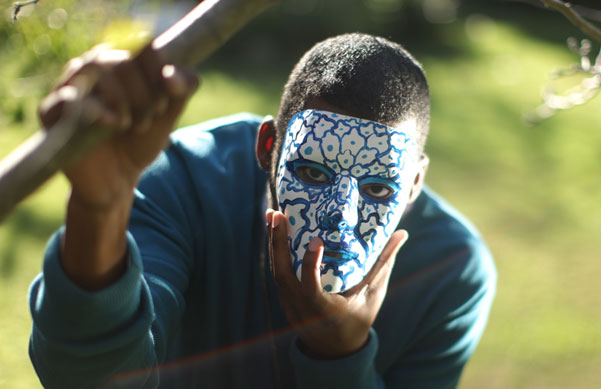 Cosmogramma (Warp)
This avant-garde Los Angeles beat-master is the nephew of jazz great John Coltrane, and he's on the way to a measure of greatness himself: Radiohead's Thom Yorke is a huge fan and lent his vocals to FlyLo's third full-length, which SPIN hails for its genre hopscotching -- "future soul, funky dubstep, Theo Parrish-styled house, and astonishingly, Sun Ra jazz" -- and "peerless blend of processed glitches, eight-bit squelches, and percussive flurries." 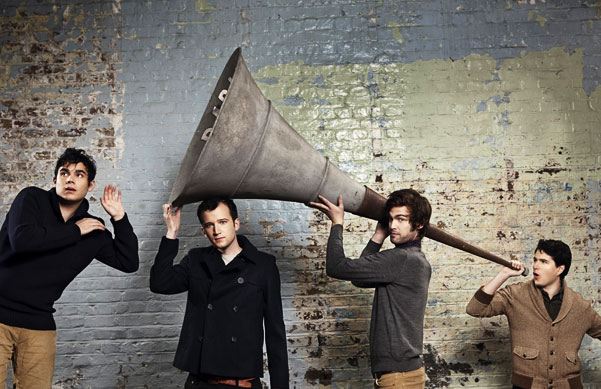 Contra (XL)
These four Ivy League guys redefined the speed of buzz in 2008, landing on the cover of SPIN even before the release of their self-titled debut. And when they returned to the indie rock campus for their sophomore release, Vampire Weekend earned higher grades. Contra shot to No. 1 on the Billboard 200 album chart, and SPIN compared singer Ezra Koenig to the greats, writing that his "ease and grace with a melody borders on Paul McCartney country." 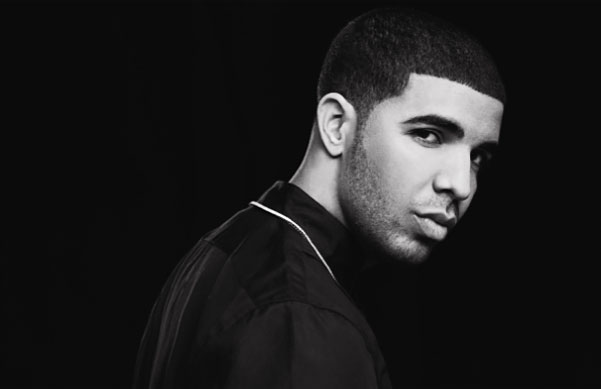 Thank Me Later (Aspire/Cash Money/Young Money)
This smooth Toronto rapper went from playing a wheelchair bound basketball player on the TV series Degrassi to the No. 1 spot on the album charts in less than a year. And while his mentor Lil Wayne certainly lent a helping hand, it was Drake's emotionally vulnerable raps and tight pop hooks that rocketed him to success. "Drake's personal anecdotes lack the bravado of bullet-wound boasts, but they're intimate and lyrically detailed enough to draw blood," according to our reviewer. 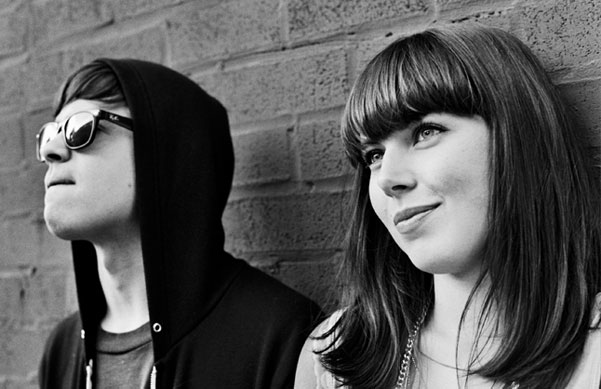 Treats (N.E.E.T/Mom + Pop)
Road rash metal guitars. Blitzkrieg dance beats. School teacher-turned-steamy songstress Alexis Krauss' teen-pop sing-chanting. It's an unlikely mix. But it scored this Brooklyn duo a deal with M.I.A.'s N.E.E.T. Records -- plus plenty of priase for releasing one of the best debuts of 2010. "This tight 32-minute set rarely leaves room for anything but head-knocking Atari Twentysomething Riots," says our reviewer.

WATCH:Sleigh Bells, "Crown On The Ground" 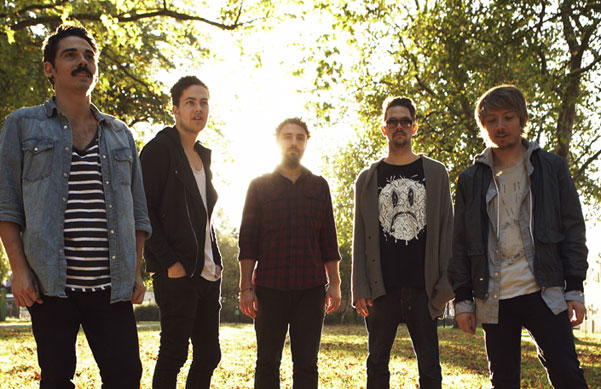 Gorilla Manor (Frenchkiss)
This Los Angeles quintet is one of the most hotly tipped buzz bands of the year -- and they have the sound to back it up. Though often compared to the music of Vampire Weekend, Fleet Foxes, and Grizzly Bear, their debut -- named for the house they shared in Orange County, where most of the album was written -- is full of shimmering guitar duels, African percussion, and swelling hooks. The record's highlight, though, is the autumnal four-part vocal harmonies these guys make all their own. 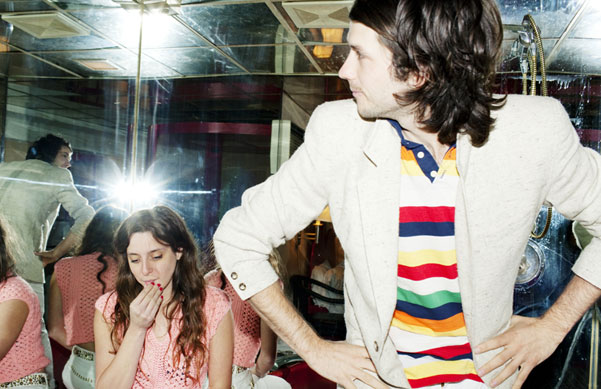 Teen Dream (Sub Pop)
For their debut album for indie powerhouse Sub Pop, this Baltimore duo hired indie go-to producer Chris Coady (TV on the Radio, Yeah Yeah Yeahs) to refine and focus their dream-pop sound. The result is their most listenable and best release yet, an atmospheric album full of "dense-fog organs, reverb-y slide guitars, and nodding harmonies that feel as lush as a midnight walk in a wet garden." Read our review here.

WATCH:Beach House, "Lover of Mine " 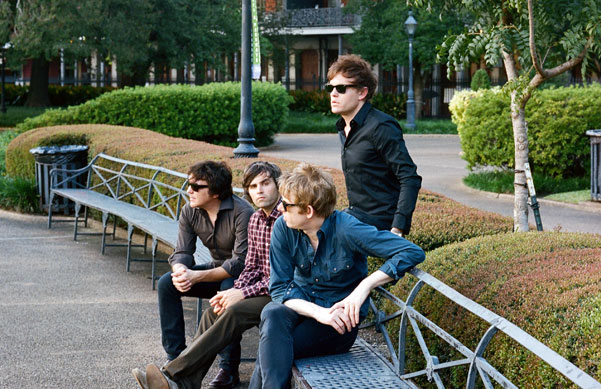 Transference (Merge)
With their seventh album, these Austin, TX, indie vets re-embraced their roots. They ditched the studio gloss of their 2007 release Ga Ga Ga Ga Ga, which nabbed their first appearance on the Billboard Chart (debuting at No. 10), and revived the "live-in-the-studio sound of their early albums... Rarely going beyond three chords, Transference is an aural Zen garden: minimalist lines and meticulously rendered patterns anchored by [frontman Britt] Daniel's brittle cool." Read our review here. 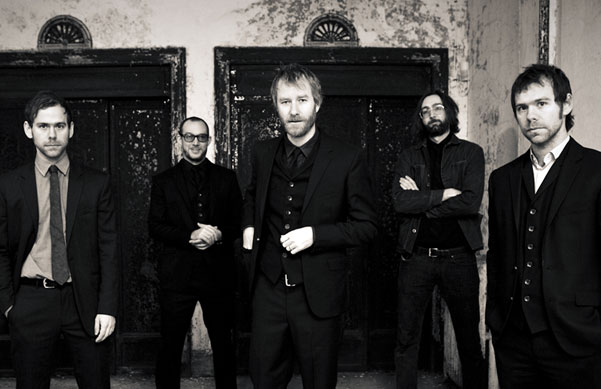 High Violet (4AD)
The guys in this Brooklyn-via-Cincinnati quintet are masters of mood. And High Violet, their fifth studio album, is their most affecting release yet. It's "45 minutes of gorgeously crafted tension… [that] coaxes you into baroque indie darkness rather than shines bright pop lights.... No other band makes dark and stormy seem like ideal weather." Reads SPIN's review. 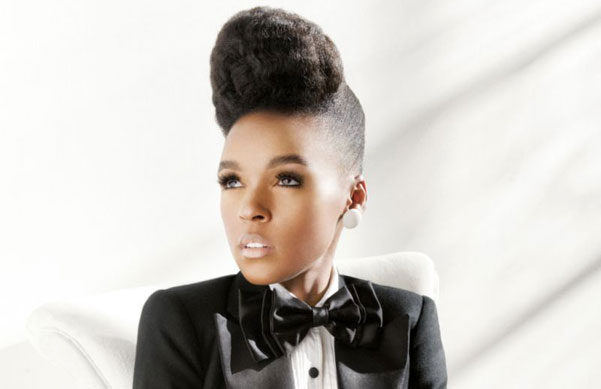 The ArchAndroid (Wondaland Arts Society/Bad Boy)
This charismatic Atlanta singer is a musical original who likes to honor the past. On her debut full-length, which features appearances from Of Montreal's Kevin Barnes and OutKast's Big Boi, she crafts an experimental sound that draws from James Brown, Jimi Hendrix, Queen, Genesis, and even the Star Wars soundtrack. "Monáe can really sing; she could follow in Beyoncé's designer pumps if she wanted, but she's clearing a new path for black female entertainers.... She's venturing so far away from soul that she's come back around to it… It feels like freedom." Read our review. 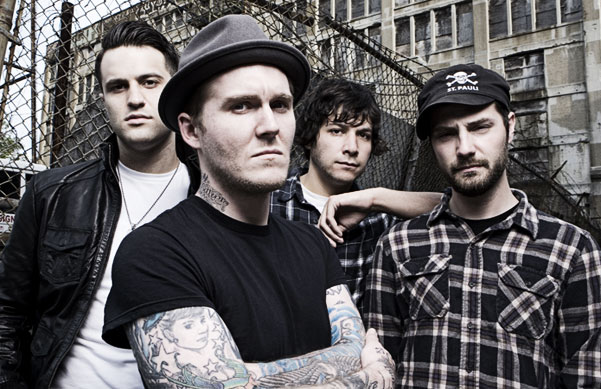 American Slang (SideOneDummy)
Gaslight's singer-guitarist Brian Fallon hails from New Brunswick, NJ, (not far from Bruce Springsteen's Asbury Park stomping grounds) and on his band's third album he leads arena-rock anthems that draw comparisons to the Boss with their flashes of R&B, garage-punk, and Motown. "He's a real people's-poet type, pounding the dirty Jersey pavement in search of that runaway American dream," according to our review. Even Springsteen is a fan; he joined Fallon and Co. onstage at Glastonbury last year, and has praised the Gaslight Anthem in the press. 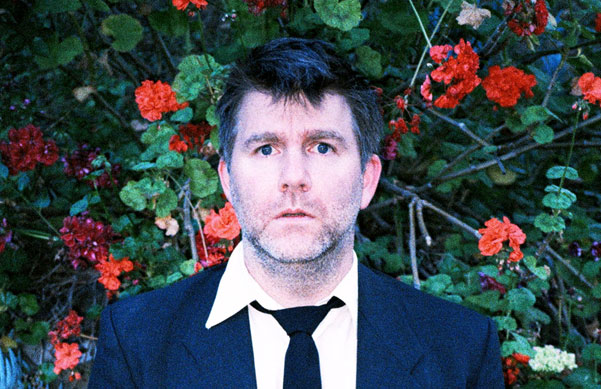 This Is Happening (DFA/Virgin)
After the release of 2007's Sound of Silver, disco-punk mastermind James Murphy's beloved hometown of New York finally got the best of him. So after flip-flopping about the future of his band in the press, he decamped to Rick Rubin's Los Angeles mansion and recorded a collection of soul-baring dance jams. Says our reviewer: "Happening's heart is 'Change,' which uses an early acid beat to detail a disintegrating relationship. Murphy's high register breaks at the refrain of 'in love,' and it's the most emotionally devastating dance-floor moment since New Order's heyday." Read SPIN's review.