Why They Call It… Bonnaroo

As you get ready for this week's big festival in Tennessee, learn the story behind its name. 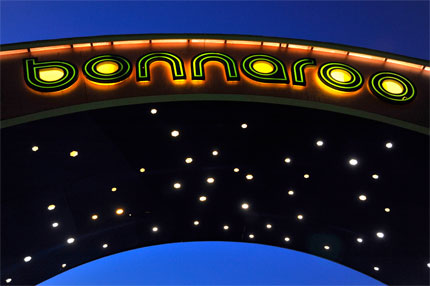 Welcome to the weekly SPIN.com feature “Name That Band!” where we get the inside stories behind the mysterious monikers of some ofour favorite artists. (See past episodes of Name That Band! here.)

This week: A special festival edition, featuring Jonathan Mayers, co-founder of Bonnaroo, which kicks off June 10 in Manchester, Tennessee.

Why Bonnaroo: “Well, we were based in New Orleans at the time we came up with the name, which was around 2001,” recalls Jonathan Mayer, co-founder of Bonnaroo production company Superfly. “We wanted to find a name that had a connection to where we were and what was inspiring to us. I remember sitting in my apartment looking up old records online and I came across this Dr. John album called Desitively Bonnaroo. The word ‘Bonnaroo’ looked cool. It turned out that it’s Creole slang for ‘good stuff.’ That just seemed to represent what we’re about. I Googled it and it didn’t seem like it was too widely used, which meant that it was a term that we could really brand as our own. It’s been a perfect fit.”

Previously Rejected Names: “One we’d thought of was Axis, but this was maybe two weeks before President Bush came up with the term ‘Axis of Evil,’ so that sort of ruled it out as a festival name.”

Best Band Names Ever: “I always thought TV on the Radio was a good one.”