Los Angeles rockers root for the home team in their clip for "Represent." 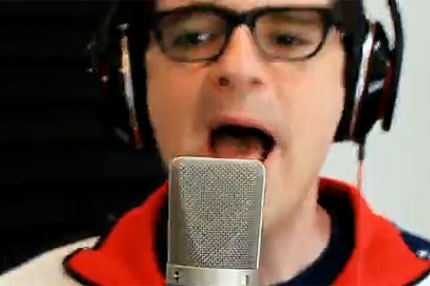 As the U.S. Men’s Team celebrates their victory over Algeria and advances to the next round of the 2010 World Cup in South Africa, Los Angeles power-pop outfit Weezer has released a new video for “Represent,” their fight anthem to help the hometeam keep winning. Watch the video below.

In the clip, frontman Rivers Cuomo and Co. — who are known to play a little soccer backstage — sport U.S.-branded sweat suits and rock out as a highlight reel shows players like Landon Donovan, Clint Dempsey, and Tim Howard doing a little of their own rocking out on the field. “One hundred years from now / Gonna look back on this day / Where you goin to be? / And what are they goin’ to say? / I see my name in lights / The people call my name / It’s all up to you,” Cuomo sings in a slow bridge, before the band rips into catchy power-chord riffs. “It matters how you play the game / It matters that you can take the pain!!!”

Watch the video below, then grab your vuvuzela and sound off in the comment section below. Goooooooaaaaaaallllllllll!!!