CONTINUALLY UPDATED: All you need to know about music today -- plus songs and videos. 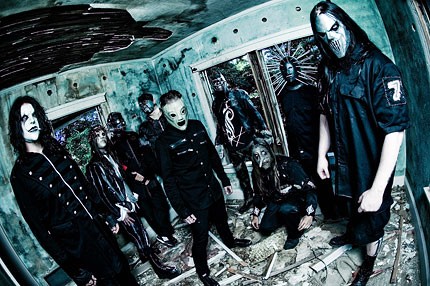 LADY GAGA Launches New ‘Monster’ Tour in Montreal
Gaga puts the “G” in gaudy, and 17,000 fans in the Canadian arena love her for it. [SPIN]

SLIPKNOT “Undecided” on Band’s Future After Bassist PAUL GRAY’s Death
Guitarist Jim Root says it will be “probably two years at least” before the group got back together. [Sonisphere Festival]

The Best Moments of GLASTONBURY
Muse, Florence & the Machine, Shakira, the xx, and a surprise Radiohead set were among the highlights of the U.K.’s biggest festival. [SPIN]

CHRIS BROWN Breaks Down Onstage at BET’s MICHAEL JACKSON Tribute
The R&B artist is moved to tears and unable to finish singing “Man in the Mirror.” [MTV]

LILITH FAIR Returns with Tour Kick-Off
Sarah McLachlan and Sheryl Crow bring the female-friendly summer-fest back for 2010 with a Calgary opening date. [SPIN]

DOWNLOAD: THE THERMALS’ New Single
Get “I Don’t Believe You,” the first song from the Portland, OR, punk band’s September 7 release Personal Life. [Pitchfork]

WATCH: DRAKE Debuts Twitterific Duet with Jimmy Kimmel
The rapper and Kimmel rap together about Twitter, name drop everyone from Shaquille O’Neal to Heidi Montag. [Billboard]

WATCH: PHISH Cover NEUTRAL MILK HOTEL
Witness jam and indie collide as the Vermont band takes on “In the Aeroplane Over the Sea.” [Consequence of Sound]