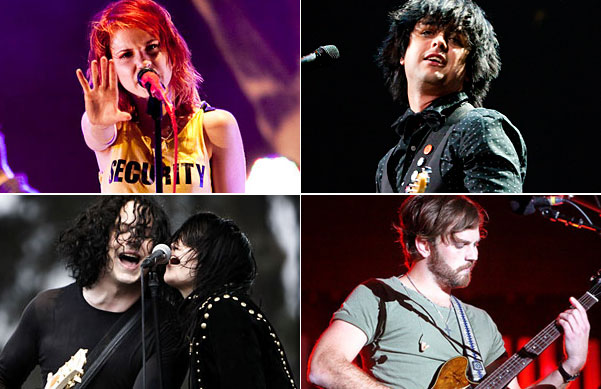 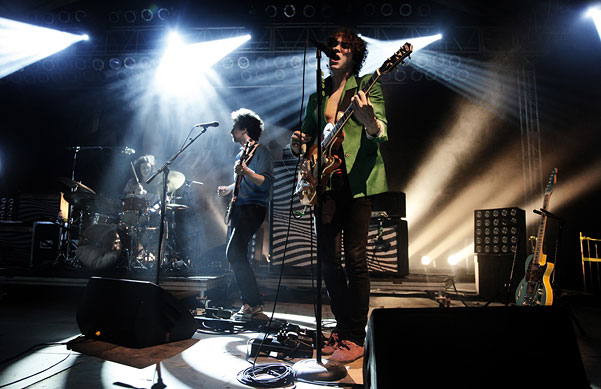 Dates: Through August 21, including Lollapalooza.
Price: $20-$40
Opening Act: Tame Impala
Why You Should Go: With their new album Congratulations, this Brooklyn outfit swapped the dance-floor anthems of their smash debut for head-shop-friendly psychedelic jams -- and live they flourish. At Coachella, SPIN wrote that the new tracks "sounded practiced and lively, solidifying MGMT's second coming as a true five-piece band."
See Complete Schedule 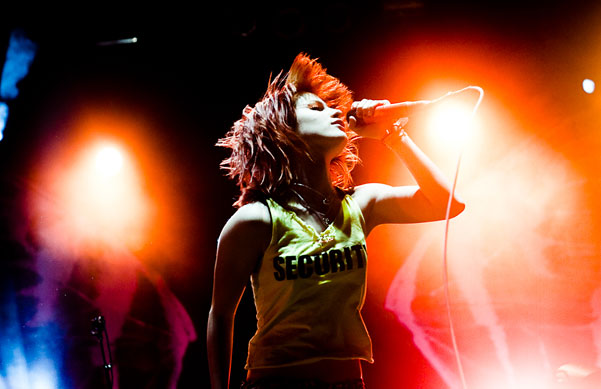 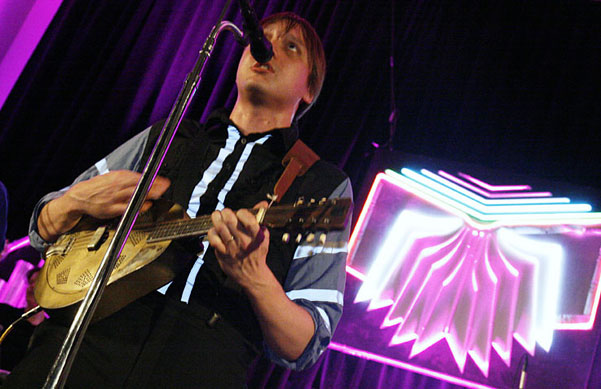 Dates: August 1-14
Price: $29.50-$49.50
Opening Act: Spoon
Why You Should Go: The Montreal indie all-stars are returning to the U.S. for their first shows in more than three years (in support of The Suburbs, out August 3), and their jaunt includes a crowing moment: a headlining gig at New York City's 20,000-seat Madison Square Garden, a rite of passage for bands entering rock'n'roll's big leagues.
See Complete Schedule 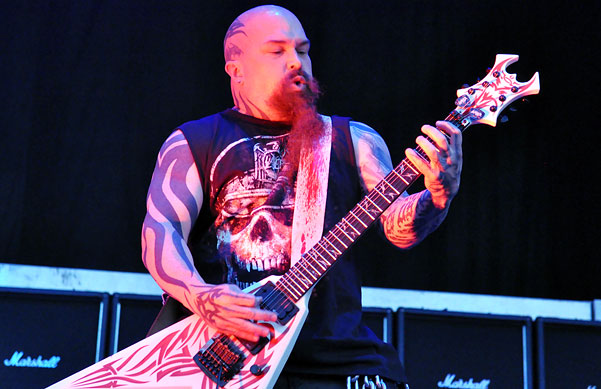 Dates: August 11-September 4
Price: $39-$57
Opening Act: Megadeth, Testament
Why You Should Go: Even in their mid-forties, the SoCal thrash metal kings are heavier than ever – and that takes dedication. The quartet is returning to the road to make up for a U.S. jaunt that was scrapped for singer/bassist Tom Araya to undergo back surgery. But don't expect a reprieve from the head banging: Together as the "Big Four," Slayer will perform with Metallica, Megadeth, and Anthrax in Bulgaria on June 22 -- and gig will be broadcast to movie theatres across the U.S. Get details here.
See Complete Schedule 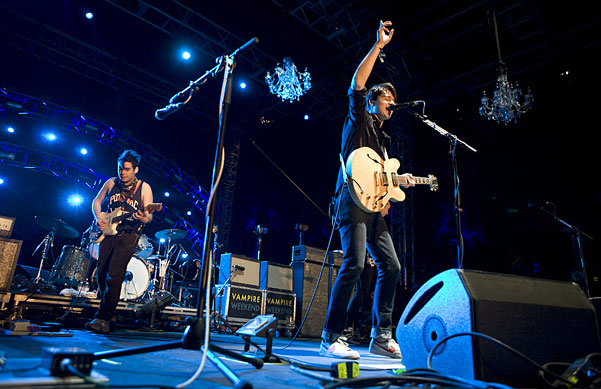 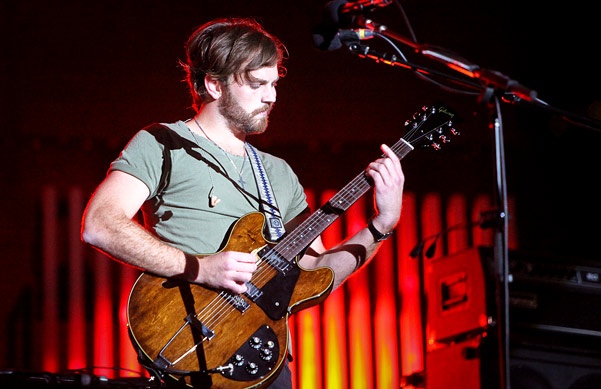 Dates: Through September 23, including Bonnaroo and Outside Lands.
Price: $31-$70
Opening Acts: The Whigs, Built to Spill, the Features, the Stills, the Black Keys
Why You Should Go: The Tennessee boys nabbed SPIN's 2009 Artist of the Year award on the strength of "Use Somebody" and "Sex on Fire," lighters-and-cell-phones-in-the-air anthems from their blockbuster album Only By the Night. But the Followill clan aren't stopping to polish their Grammys: Expect the quartet to debut new tracks from their upcoming album.
See Complete Schedule 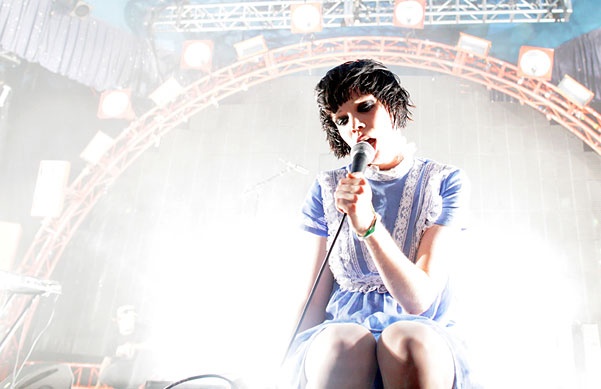 Dates: August 6-September 14
Price: $25-$35
Opening Acts: Rusko, Sinden, Destructo
Why You Should Go: Unless you're prone to seizures, this Toronto electro dance duo's live sets are an absolute must: full of flashing strobe lights and ferocious goth-pinup Alice Glass' squirming self-exorcisms, their shows are as terrorizing and transcendent as their video-game blips and bleeps, icy synths, and disco cackles, courtesy of music mastermind Ethan Kath. And their new album, Crystal Castles II, is their poppiest yet.
See Complete Schedule 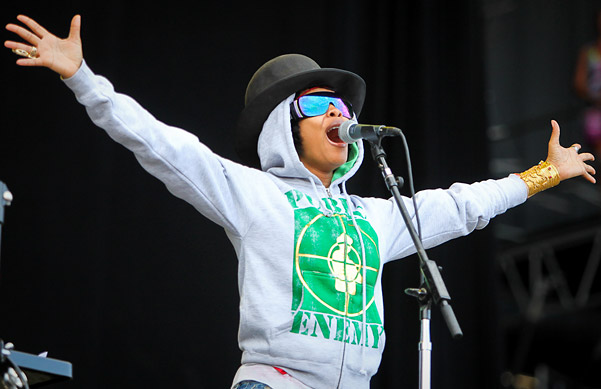 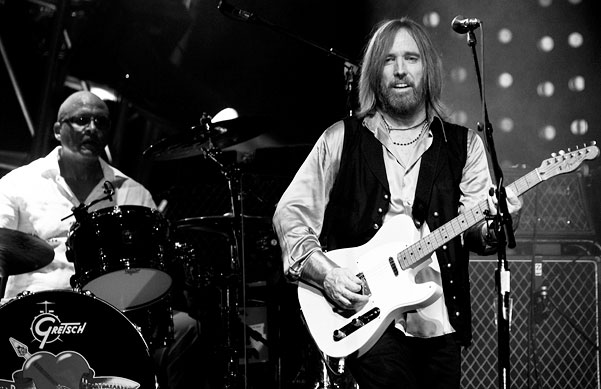 Dates: Through October 2
Price: $35-$200
Opening Acts: Joe Cocker, Drive-By Truckers, ZZ Top, My Morning Jacket, Buddy Guy, Crosby Stills & Nash
Why You Should Go: Because few things are as fun as a Tom Petty & the Heartbreakers concert. "Free Fallin'," "You Don't Know How It Feels," "Mary Jane's Last Dance," "Learn to Fly," "American Girl" -- these are the essentials of any summer soundtrack. Crack a beer and sing along -- you already know the lyrics.
See Complete Schedule 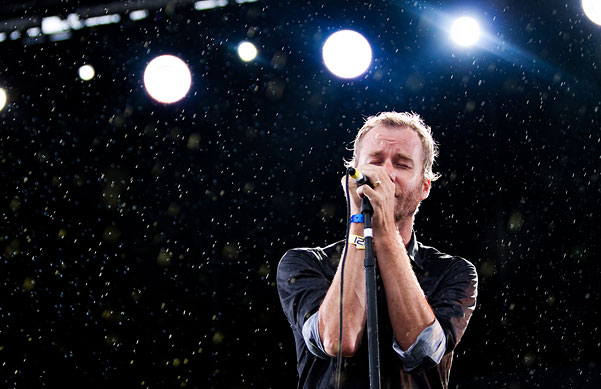 Dates: Through October 18, including Bonnaroo, Lollapalooza, and Austin City Limits.
Price: $23-$35
Opening Acts: The Antlers, Ramona Falls
Why You Should Go: Live, the New York quintet -- who often perform with a half-dozen extra musicians on horns, percussion, and keyboards -- build their brooding, multi-layered tracks to a crashing sonic surge that's as dramatic as singer Matt Berninger's gorgeous baritone. "The National's insidious brilliance: No other band makes dark and stormy seem like ideal weather," SPIN wrote in the review of the band's new album, High Violet.
See Complete Schedule 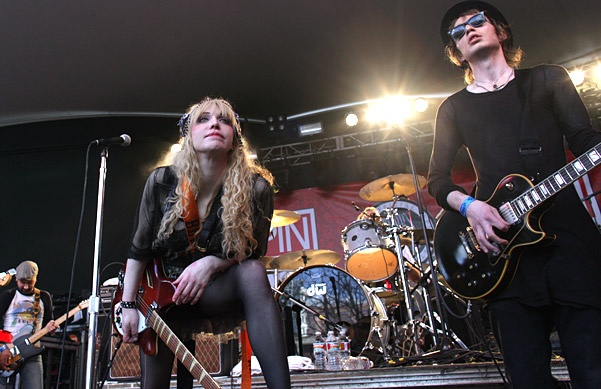 Dates: June 3-July 16
Price: $33-$55
Why You Should Go: Alt-rock's queen bitch and SPIN cover girl, Courtney Love, may have revived her '90s hit-makers with an all-new lineup, but Nobody's Daughter, her first album under the moniker in 12 years, evokes Hole's golden era -- and the band's first U.S. comeback show at SPIN's SXSW party proved it: "[Hole] delivered a muscular and saw-toothed 50-minute set that reaffirmed Love's status, even at age 45, as rock provocateur." Read more here.
See Complete Schedule 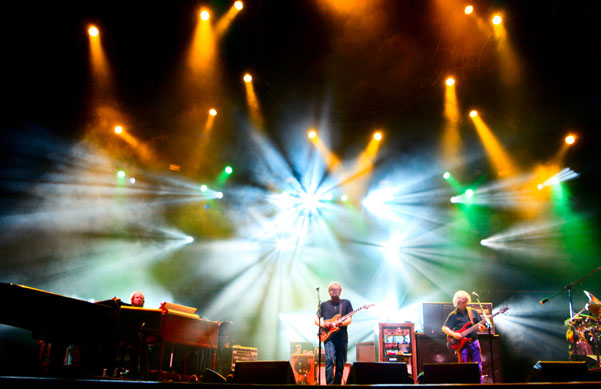 Dates: June 11-August 18
Price: $50
Why You Should Go: From their Bonnaroo 2009 blowout to their Halloween freak-out, the Vermont-bred jam band put on epic, musically adventurous shows that pretty much anyone can enjoy. Best of all, Phish fans are very sharing people. Get it?You will.
See Complete Schedule 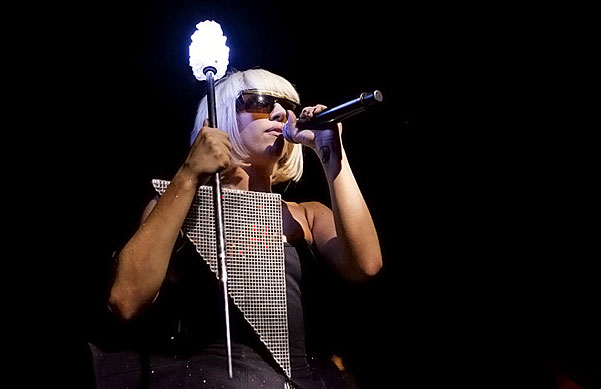 Dates: June 28-September 19, including Lollapalooza.
Price: $45-$125
Opening Act: Semi Precious Weapons
Why You Should Go: Love her or hate her, one thing remains true: the 24-year-old pop star is a talented singer-songwriter-provocateur with a penchant for over-the-top fashion (including this S&M inspired dress), dance choreography, and stage sets. In fact, the North American leg of her tour will feature a 40-foot-long sea monster. Read SPIN's review of Gaga's 2009 tour here.
See Complete Schedule 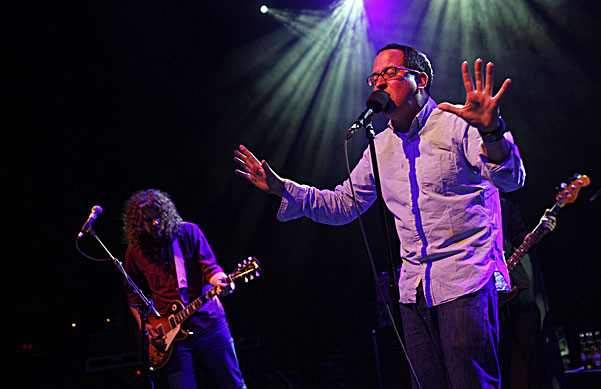 Dates: July 1-October 7
Price: $16-$29
Opening Act: The Whigs
Why You Should Go: This band of Brooklyn imports honed their raucous sets the old fashioned way: through endless touring. Their Springsteen-nine-beers-deep bar-rock is full of guitar crunch and wail, further amplified by the departure of keyboard player Franz Nicolay, who was replaced by -- what else? -- a third guitarist to beef up the rousing rock ballads on their new album, Heaven Is Whenever.
See Complete Schedule 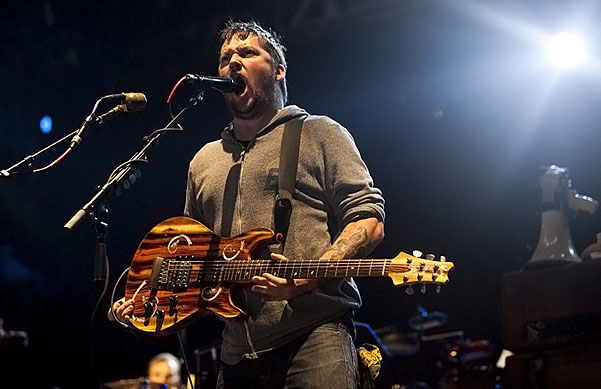 Price: $28-$35
Opening Acts: Avi Buffalo, Morning Teleportation
Why You Should Go: Good news for people who love Modest Mouse: not only is the Portland, OR-based indie outfit touring the U.S. for the first time after a hiatus, the band is also playing tracks from their best release in years, 2009's singles collection No One's First, and You're Next. Plus, fans might be lucky enough to hear acoustic ditties from frontman Isaac Brock's side-project Ugly Casanova, which he recently revived to write new material for a documentary soundtrack.
See Complete Schedule 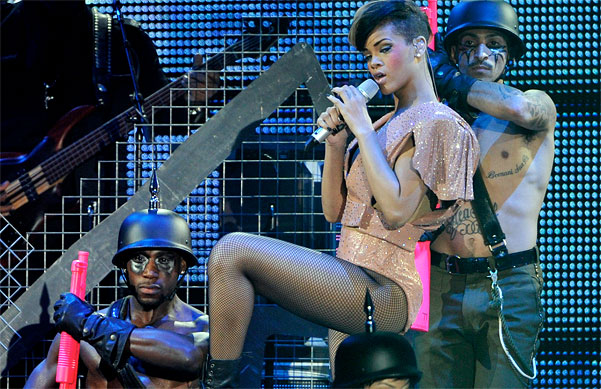 Dates: July 2-August 28
Price: $20-$140
Opening Act: Ke$ha
Why You Should Go: It might be your only chance to see the R&B diva straddle the phallic shaft of a pink tank while wearing a catsuit -- yes, her stage set is that wild. And the 22-year-old beauty might even put those drumming lessons from Travis Barker to use on tracks off her latest album, Rated R.
See Complete Schedule 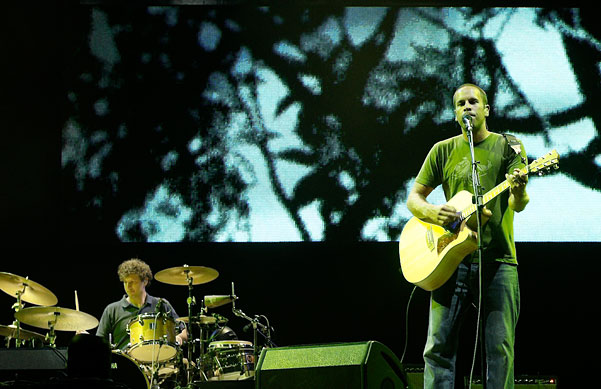 Dates: July 9-October 14
Price: $27-$75
Opening Acts: G. Love, ALO
Why You Should Go: The Hawaii-based soul-surfer has found a wildly successful career from strumming beach-folk tunes designed to make listeners feel good. And people like to feel good: His fifth album, To the Sea, shot to the No. 1 spot on the iTunes charts in April based solely on the strength of pre-orders. Really, who's going to argue with feeling good? Not us. Jam on.
See Complete Schedule

Dates: July 13-August 3, including Bonnaroo.
Price: $32
Opening Act: Harlem
Why You Should Go: Jack White and Alison Mosshart's goth-blues supergroup is reviving rock'n'roll's grit-nasty cool soul. "If your beef with today's crop of rock bands is that they're sexless, style-challenged dweebs who play their instruments like they're afraid to break a nail, then the Dead Weather certainly corrected that situation," SPIN's Charles Aaron wrote of their first-ever live show.
See Complete Schedule 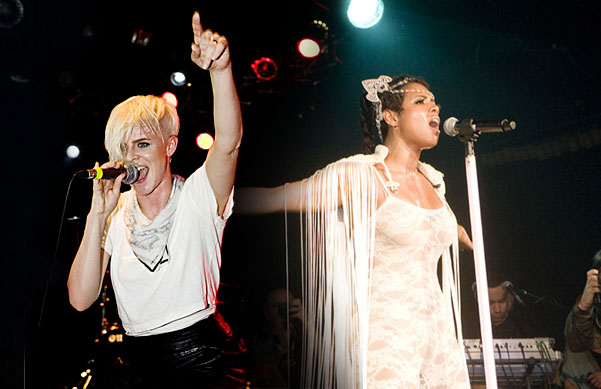 Dates: July 23- August 5
Price: $25
Opening Acts: Dan Black and Far East Movement
Why You Should Go: Lace on your dancin' shoes. After a four-year hiatus, the "Milkshake" R&B star is back with a new label, a new record, Flesh Tone (out July 6), featuring production from will.I.am, Free School, Boys Noize, and more, and a brand-new sound: electro-dance. Her partnership with Swedish pop princess couldn't be more fitting -- the first single off Robyn's upcoming release, Body Talk Pt.1, is a bangin' club track called "Dancing On My Own," and its video even features flashing strobe lights! Watch it here.
See Complete Schedule 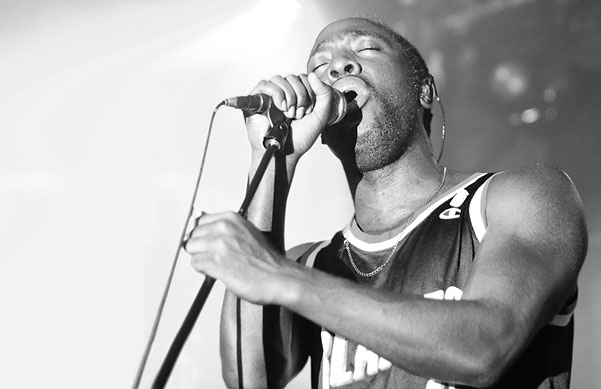 Dates: July 23-August 13
Price: $25
Why You Should Go: If you thought Brit post-punk group Bloc Party's music was futuristic and dance-y, well, their frontman-gone-solo Kele Okereke's tunes are like Tron at Manchester's Hacienda club. "Tenderoni," the lead single off his debut The Boxer, brings soulful trance and rave to the indie rock masses. That's right: beards and glow sticks.
See Complete Schedule 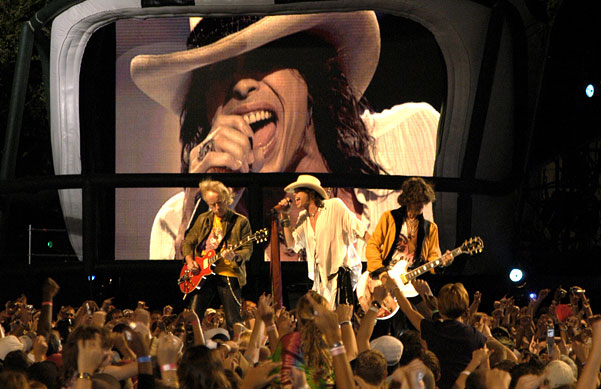 Why You Should Go: After a nasty bout of band infighting -- and Steven Tyler in rehab for painkiller addiction with the remaining members threatening to replace him -- the Boston boys are "Cocked, Locked, and Ready to Rock." Whew: Can you imagine even Billy Idol, who was once rumored to join Aerosmith on vocals, singing "Crazy"? Not us.
See Complete Schedule

Dates: August 3-September 4, including Lollapalooza.
Price: $20-$85
Opening Act: AFI
Why You Should Go: Whether it's pyrotechnics or punk anthems from their 18-year-deep catalogue, the Bay Area punk trio's show is sure to be explosive. Billie Joe Armstong is even known to invite fans onstage to rock out on his guitar -- and, sometimes, he gives them a big smooch. Now that's appreciating your fans. Read SPIN's report from Seattle for proof.
See Complete Schedule 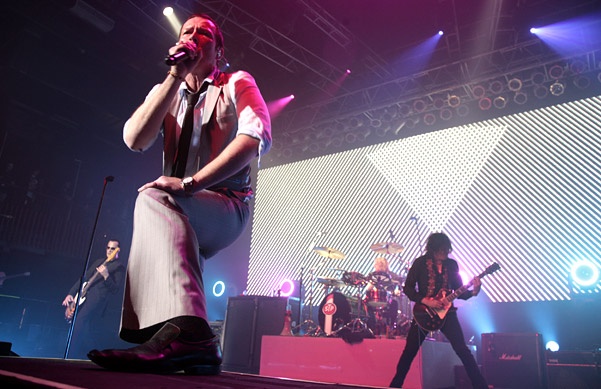 Dates: August 7-September 17
Price: TBD
Why You Should Go: Reunited and it sounds so good. The Los Angeles alt-rockers -- on the cover of SPIN's June issue -- are back with Stone Temple Pilots, their first album in nearly a decade, and they sound as vital as ever. At their SXSW blowout, the quartet debuted new tracks, like their searing new single "Between the Lines," and even recruited Doors guitarist Robby Krieger to cover "Roadhouse Blues."
See Complete Schedule 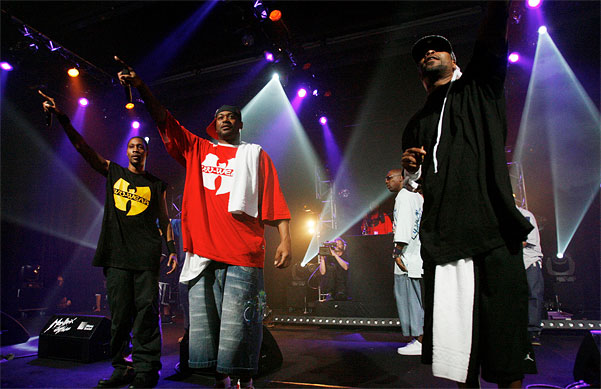 Dates: August 21-29
Price: TBD
Opening Act: Wu-Tang Clan, Rakim, KRS-One, Slick Rick, Street Sweeper Social Club, Murs & 9th Wonder, Clipse, and more.
Why You Should Go: The annual traveling hip-hop fest with stops in L.A., San Francisco, New York, and Washington D.C., features an all-new direction in 2010: artists performing their most influential albums track-for-track. At the top of the bill: Wu-Tang tackling their 1993 debut Enter the Wu-Tang (36 Chambers), a benchmark not just for its hardcore, free-associated rhymes but its production, which launched the career of RZA as rap's go-to knob-twiddler.
See Complete Schedule 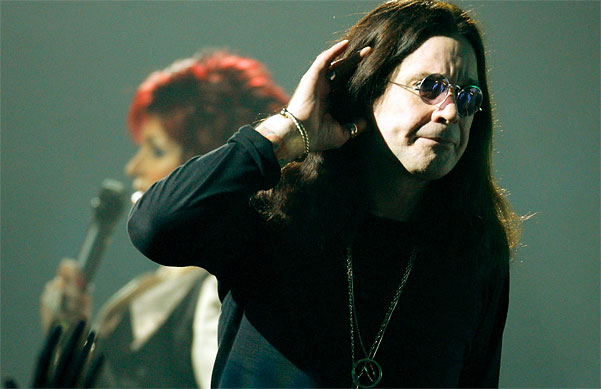 Dates: August 14-24
Price: $30-$135
Opening Act: Ozzy Osbourne, Motley Crue, Rob Halford, Drowning Pool, and more.
Why You Should Go: Since 1996, when he was banned from Lollapalooza, Ozzy Osbourne has been gathering some of the best hard rock and metal bands, young and old, to offer fans an alternative to the norm with his annual touring festival Ozzfest. 2010 is no exception: Ozzy, Motley Crue, Judas Priest singer Rob Halford, Drowning Pool, Black Label Society, and more will play six dates. Expect lots and lots of devil horns.
See Complete Schedule