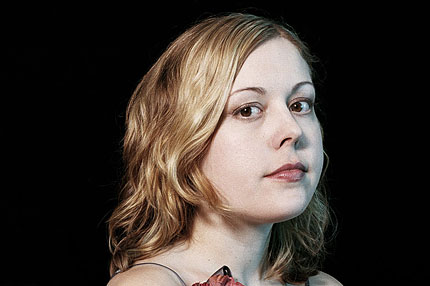 After taking a four-year hiatus to become a full-time mom, Northwest indie rock vet Corin Tucker is ready to return to music.

The former singer for all-girl punk group Sleater-Kinney will make her solo debut with the Corin Tucker Band, whose yet-to-be-titled first album will drop on October 5 via Kill Rock Stars.The 11-song effort was recorded in Tucker’s hometown of Portland, OR, with drummer Sara Lund (Unwound) and bassist-keyboardist Seth Lorinczi (the Golden Bears, the Quails).

“It’s definitely more of a middle-aged mom record, in a way,” Tucker told Portland Mercury in April.”It’s not a record that a young person would write… There’s some sadness, some reinvention, some rebirth.I think the goal for me is to write some good stories.”

The Corin Tucker Band will embark on a short West Coast tour in October in support of the album’s release. See the dates below.

Excited for the Sleater-Kinney rocker’s return to music? Tell us your thoughts in the comment section!