Common and Lupe Fiasco join him in a free Chicago performance. 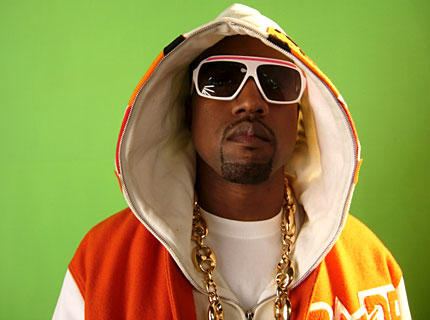 Kanye West turned 33 yesterday, but he didn’t celebrate by tearing up the clubs in Chicago, bashing former presidents on MTV, or interrupting pop stars during their award-acceptance speeches.

Instead, he performed a free concert for three Chicago Public Schools as part of the Kanye West Foundation’s third annual “Stay in School” event — a program targeted at improving students’ grades, behavior and attendance [via the Chicago Tribune].

Fellow Chicago rappers Common and Lupe Fiasco joined West, performing their own hits, including Common’s “Universal Mind Control” and Fiasco’s “Superstar.” Common went on to congratulate the students, telling them that “whatever [they] do, be the best at it.”

West took the stage — in his signature black sunglasses — for one of the first times since last September’s MTV Awards. His set included four songs — “Run This Town,” “Good Life,” “Touch the Sky,” and the newly-leaked single, “Power.”

In related news, BET announced today that West will perform at the BET Awards on June 27, his first major show since the infamous Taylor Swift incident.