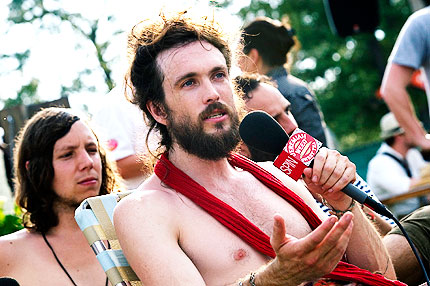 Check out video interviews below with L.A. collective Edward Sharpe & the Magnetic Zeros, who talked about the interaction that happens with fans during performances; London folk rockers Mumford & Sons, whose members cut off their jeans to withstand the Tennessee heat; singer/songwriter Harper Simon, who talked about his first Bonnaroo experience and the importance of the festival; and the Postelles, who were not only excited about playing the festival, but to see some of their favorite bands play as well.