The San Diego noise-pop trio cleans up their sound on "Post Acid." 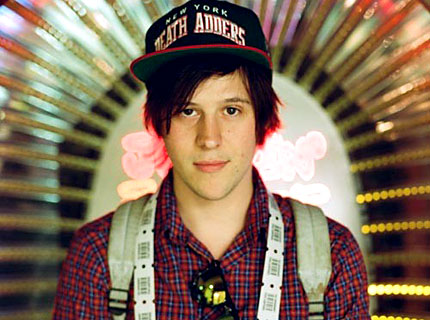 San Diego’s Wavves, distinguished by their brand of fuzzy bedroom noise-pop and infamous for their onstage meltdown last year, have traded in the homemade cassettes for a professional studio in Oxford, Mississippi, with producer Dennis Herring (Modest Mouse, Ben Folds, Counting Crows).The result is the new single “Post Acid,” an upbeat California punk anthem, more manicured than anything off last year’s lo-fi album Wavves — Download it below [via Green Label Sound].

“The last thing I wanted to do was record the same record again,” frontman Nathan Williams told Pitchfork of Wavves’ upcoming album, King of the Beach (August 3).”A lot of bands kind of get comfortable with something like that; once they know they’ve got something that some people like, they’ll just go and try and recreate that. I just feel like that would’ve been so fucking boring to do.”