It sounds nothing like his regular band. Get the gentle and folksy "By Some Miracle" right now! 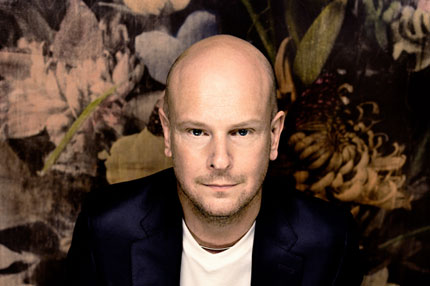 Radiohead drummer Phil Selway is stepping out from behind the kit and strapping on a guitar for his debut solo album, Familial (out August 31), to become the third member of the Oxford, England, five-piece to go it alone (singer Thom Yorke and guitarist Jonny Greenwood preceded him). Selway has unveiled “By Some Miracle,” his album’s first official preview. Listen below or download it here in exchange for your email address.

“By Some Miracle” sounds nothing like any of Radiohead’s material: it’s a bedroom folk song with acoustic guitar, warm backing vocals, a spare string section, and Selway’s soft whispers about “giving into temptation” and then “crawling back again” to win a lover’s trust. Wilco drummer Glenn Kotche and multi-instrumentalist Pat Sansone, ex-Soul Coughing bassist Sebastian Steinberg, and singer-songwriter Lisa Germano all contribute to the album.

In related news, Radiohead are currently wrapping up their new album, which guitarist Ed O’Brien said the band hopes to release before the end of 2010. Read more here.