Get "Before You Judge Me," a fuzzy track the Atlanta garage rockers released via Adult Swim. 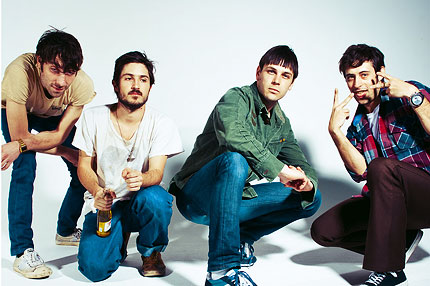 Since the release of their SPIN-approved album 200 Million Thousand in early 2009, Atlanta quartet Black Lips have been relatively quiet — until now.

The self-proclaimed “flower punks” just dropped “Before You Judge Me” via Adult Swim’s Singles Program. Their song was the fifth in an eight-week series that’s already featured tracks by Madvillain, Matt Sweeney and Bonnie “Prince” Billy, and Washed Out, among others.

Back in January, the band told NME that they were recording a new album, which guitarist Cole Alexander said he hopes will be their “most fucked up but successful” release yet. Expect it to drop by fall.

Download “Before You Judge Me” here, then tell us what you think in the comment section below!