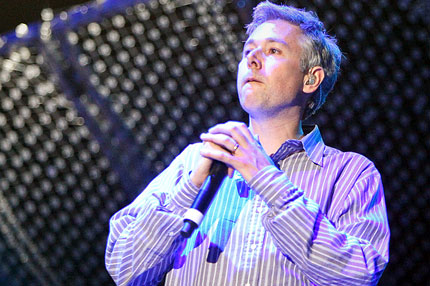 The Beastie Boys have been dormant since Adam “MCA” Yauch began his battle against cancer in summer 2009, but the musician has kept busy with his Oscilloscope Laboratories production company, which has acquired the rights to release a new documentary film about influential Beat poet-writer, junkie extraordinaire, and counter culture icon William S. Burroughs.

According to Indie Wire, William S. Burroughs: A Man Within is expected in U.S. theatres this fall, with a DVD and digital release to follow. Watch its trailer below!

Oscilloscope’s David Fenkel commented on the partnership in a statement: “Yony has managed to make a film that captures so much of what Burroughs was about and what he means to so many people. Oscilloscope manages to balance releases that are not only artistic, but also socially conscious and culturally relevant.”

Burroughs, who also worked with Kurt Cobain on a spoken word album and appeared in a U2’s “Last Night on Earth” music video, died in 1997. Oscilloscope is also planning to soon release Howl, a film about Burroughs’ fellow Beat poet Allen Ginsberg.