From fights to kisses, the alt-rockers' clip for "Between the Lines" chronicles a turbulent relationship. 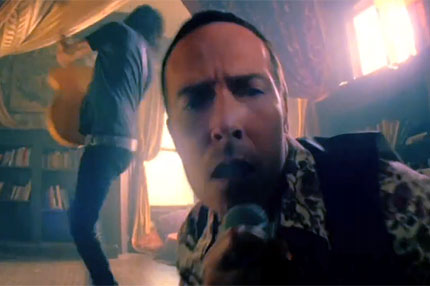 Love’s agony and ecstasy are both captured in Stone Temple Pilots’ new video for “Between the Lines,” the lead single off their self-titled comeback album (out May 25). Watch below.

As the Los Angeles quartet perform the catchy track in a plush, hippie-den of a home, footage chronicles the ups and downs of a rocky relationship from the perspective of a young man: He trades smiles and smooches with his girl, runs hand-in-hand, and makes love to her, but, later, she slaps him and kicks him out of a car. Ouch.