Seattle rockers team up for obscure Jagger/Richards-penned "Act Together" at a New Jersey concert. 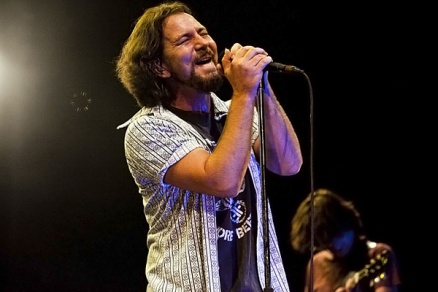 While opening for Pearl Jam Tuesday night in New Jersey, Band of Horses invited Eddie Vedder onstage to play “Act Together,” a tune from the Rolling Stones guitarist Ronnie Wood’s 1974 solo album, I’ve Got My Own Album. Watch the video below!

Bridwell also brought his young daughter onstage for the occasion.

Band of Horses have one more night on tour with Pearl Jam — Friday, May 21, at New York’s Madison Square Garden — before heading out west for next weekend’s Sasquatch festival. Pearl Jam, meanwhile, head abroad — see their tour dates here.

Watch the Vedder/BOH duet below and tell us what you think in the comment section below!