Julian Casablancas posts a photo of the quintet practicing their set. Click here to see! 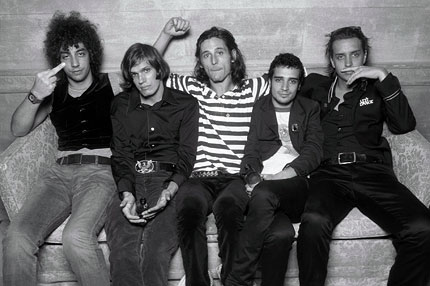 The Strokes are back and polishing their live set for appearances at festivals this summer, including Chicago’s Lollapalooza. The proof: Julian Casablancas has tweeted a photo of the quintet in a rehearsal studio, along with this very appropriate description: “Boys of Summer.” Indeed. See the pic below.

And there’s more good news: In a recent interview with NYMag, Moretti said the yet-to-be-titled album is shaping up to sound “a lot more like the first record,” referring to 2001’s classic Is This It.That album, said Moretti, “was made through the course of our youth. And then the second and the third were kind of made within the schedule of just whatever the fuck we were doing at the time. But now, because we’ve had the time to kind of just chill out, we got the chance to just kind of jam it out with each other.”

Excited for the Strokes’ return? Tell us in the comment section below.