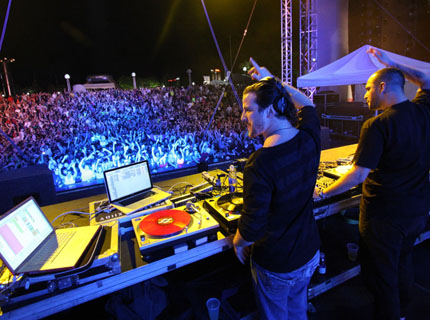 The 2010 Movement Festival, powered by Ford Fiesta, will be held over Memorial Day Weekend (May 29-31) at Hart Plaza in Detroit, Michigan.This year marks the 11th anniversary of the electronic music festival, and the lineup is stacked with some of the best DJs and electronic music acts in the world.

Richie Hawtin will be playing the first stop of his global Plastikman tour at Movement, and Kevin Saunderson will be performing his renowned Inner City set.Model 500, otherwise known as Juan Atkins, the Godfather of Techno, will also be making a special appearance to celebrate the 25th anniversary of his Metroplex label.