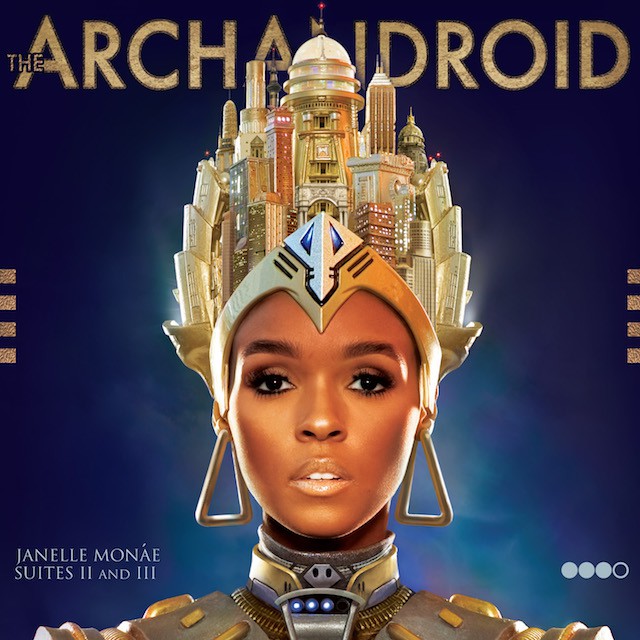 Janelle Monáe boasts so much shape-shifting talent that she had to invent an android persona just to begin to accommodate it. If you’d grown up a charismatic African American girl trapped in Kansas City with a drug-addicted father, wouldn’t you?

The second and third parts of a suite inspired by the 1927 German sci-fi film Metropolis, Monáe’s debut album assumes disparate genres as the Atlanta-based supernova swaps vocal identities: She’s airy on the Renaissance faire ballad “57821”; trippin’ on the Hendrix tribute “Mushrooms & Roses”; and flat-out screaming for her metallic life on “Come Alive.” Cameos include Of Montreal’s Kevin Barnes and OutKast’s Big Boi, while Monáe prog-rocks something fierce, recalling early Queen and Genesis, even as the arrangements reference Shirley Bassey, the Specials, and Star Wars. Some songs fade out just as they’re transforming into something else; others split into several movements, and poetic lyrics psychedelicize hefty topics like war and slavery. Even at 18 tracks, The ArchAndroid feels condensed.

What does it all mean? It feels like freedom. Monáe can really sing; she could follow in Beyoncé’s designer pumps if she wanted, but she’s clearing a new path for black female entertainers. She’s venturing so far away from soul that she’s come back around to it. By finding spirituality in the machine she’s imagined for herself, Monáe rewires the one that society has dumped on her.