How They Became… Blitzen Trapper

The Portland, OR, folk-rockers share the story behind their name. 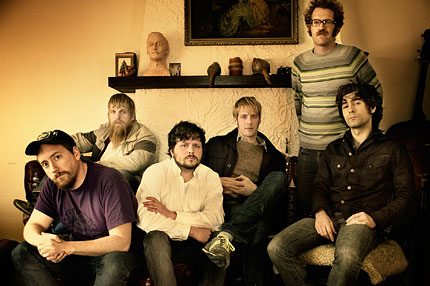 This week: Blitzen Trapper, whose new album, Destroyer of the Void, drops on June 8.

Why Blitzen Trapper: “It all goes back to the girlfriend I had in Salem, Oregon, in the 7th grade,” says singer-guitarist Eric Earley. “She had a binder called a ‘Trapper Keeper.’ It had those metal clasps that you put your papers in. I remember she had this pink Christmas-themed one that had pictures of Santa and his reindeer on it. She called it her ‘Blitzen Trapper’ because Blitzen was her favorite reindeer. That always stuck with me for some reason.”

Previously Rejected Names: “I don’t think there were any. It was always Blitzen Trapper as far as I remember.”

Worst Band Name Ever: “Oh, I don’t know. I always thought Supertramp was weird. It doesn’t make any sense – especially if you know what the guys in that band look like.”