EXCLUSIVE: Behind the Scenes with Minus the Bear

See the prog-rockers rehearse and discuss a song from their new album, Omni. 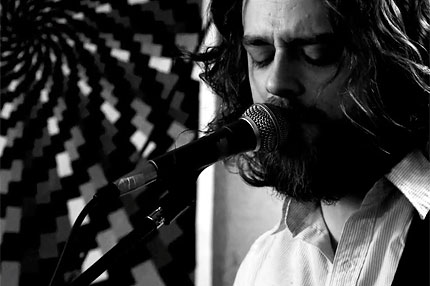 Seattle’s Minus the Bear have been playing their own sophisticated brand of prog-leaning indie pop for close to a decade, and in this exclusive video captured during the making of their latest release, Omni, the band unveil some of their secrets while talking about their new song, “Hold Me Down.”

“On this one I think everyone kind of went off into ‘headphone land’ and I think everyone brought some very specific, different things in,” explains keyboardist Alex Rose. And what specific influences is he talking about? Everything from Yes to Fleetwood Mac, hardcore to Steely Dan.

Check out the video and let us know what you think of the eclectically influenced “Hold Me Down” below.

Also, hear frontman Jake Snider talking about the origins of his band’s name in our Name That Band series.

Michael Sheffield
Tags: Minus the bear, the wire, Videos