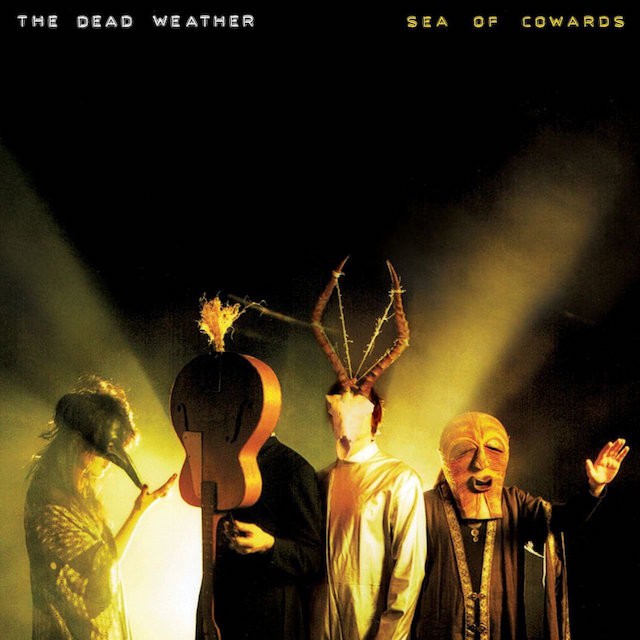 Between Jack White and Alison Mosshart, there’s a whole lotta id spilled out on the garage floor. Either she’s his evil twin, or he’s hers, but their dirty, ferocious urges seem uncontainable. On the Dead Weather’s second album, they harness this icy alpha-dog tension into a distorted call-and-response aggression that’s now greater than its parts, a rudely heavy swath of rock’n’roll authority.

When the White Stripes’ mad hatter and Kills’ board stomper first joined forces last year (with guitarist Dean Fertita of Queens of the Stone Age and bassist Jack Lawrence of the Raconteurs), their influences blended rather smoothly on debut album Horehound. Mosshart growled over the band’s slow simmer, yelping in replyto White’s bluesy syncopations and angry dictums, especially on single “Cut Like a Buffalo” and the Oedipal “Treat Me Like Your Mother.”

Sea of Cowards is more thunderously experimental — all sludgy bass and thick arena riffs, uptempo and cocky, as White and Mosshart slap at each other with a sinister intensity. Opener “Blue Blood Blues” rattles out Sabbath-worthy guitar runs as White proclaims, “All the white girls trip when I sing at Sunday service.” “Old Mary” is a rotting, ominous prayer, and single “Die by the Drop” is almost cruelly intricate, folding into a bizarre quasi-9/8 time signature and nearly tipping the duo off a cliff. But that’s clearly where they feel most satisfied, howling on the brink.