The Brits perform as a duo for the first time ever at an intimate show in our NYC office. 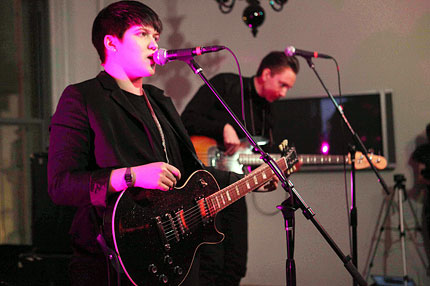 Their debut album was this winter’s after-hours hipster soundtrack, so an intimate after-hours party at SPIN’s NYC office proved fitting for London-based breakout act the xx. Watch video of their performance at the first event of the new Vans Soundcheck series below!

Normally a trio, the xx played without beatmaster Jamie Smith, leaving guitarist Romy Madley Croft and bassist Oliver Sim to hold it down as a duo for the first time, turning their already minimalist songs into even more delicate arrangements for 150 assembled guests.

See a review and photos from the gig here, and enjoy these one-of-a-kind performance clips from one of SPIN’s 10 Artists to Watch in 2010.