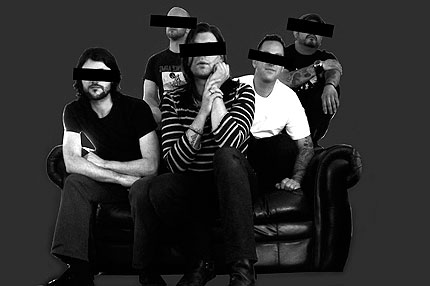 It’s official: Long Island pop-punk icons Taking Back Sunday are recording a new album with guitarist John Nolan and bassist Shaun Cooper back in the fold for the first time in seven years.

This reunited lineup is the same one that recorded the band’s influential 2002 debut, Tell All Your Friends, which helped define the lyric-driven emocore sound of early ’00s. Once the album’s complete, Taking Back Sunday will embark on a full-blown touring schedule.

“I never would have imagined that this group of people reuniting would be possible,” Nolan said. “There’s a shared excitement and enthusiasm within this group that I haven’t experienced since the early days of the band.”

Frontman Adam Lazzara, who has been in the band for his entire career, was equally surprised. “I don’t think any of us really knew if hanging out again, let alone writing and playing together, would actually work,” Lazzara said. “For it to feel so comfortable and effortless so quickly made us realize that we had to give it a chance.”

Nolan and Cooper split from TBS following the release of Tell All Your Friends and formed their own successful indie pop project Straylight Run — but in February, Straylight announced an “indefinite hiatus” via their Tumblr. In 2009, Nolan also released his first solo album, Height.

Both departing members of Taking Back Sunday — bassist Matt Rubano and guitarist Matt Fazzi — posted farewell statements on the band’s official website March 29. Soon after, a photo appeared on the site featuring the new/old Taking Back Sunday lineup with their faces vaguely concealed — and diehard fans instantly recognized the faces of Nolan and Cooper.

Is this reunion a good idea for the band? Sound off in the comments section.

And check out SPIN’s first profile of TBS from July 2003: