On The Road to Movement with Kyle Hall 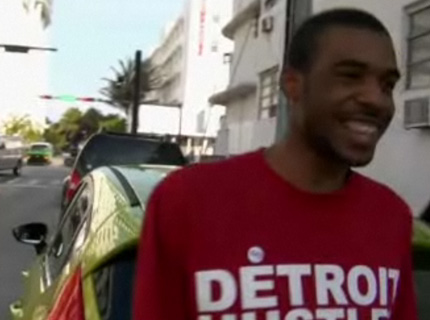 18-year-old Kyle Hall began his career as a DJ at 11 years old when his father purchased a pair of turntables for him.

Earlier this month, SPIN went with Kyle to Miami where he spun records at the Ford sponsored D25, or Detroit Techno 25 Party, which he said is “the precursor to the Movement Festival.”

This is Kyle’s first year playing Movement, and it is something that he has been anticipating ever since he began to DJ. “Movement is something that has always fascinated me. Maybe one day I’ll be able to play that” he told SPIN. It appears that Kyle’s wish has come true.Watch Kyle Hall and his on the road to Movement here: