On The Road to Movement With John Johr 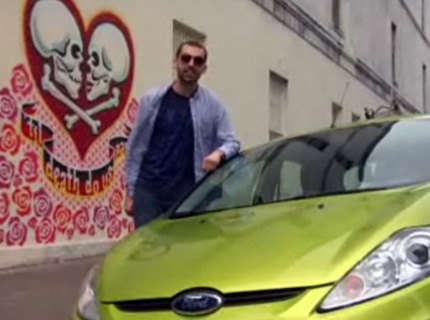 John Johr didn’t set out to become a DJ; it happened by chance. In 1999 he attended an underground warehouse party in Detroit and fell in love with the scene. “Six months later I bought my first pair of turntables and eight months after that I got my first gig, and it just snowballed from there,” he told SPIN while driving around Austin, Texas this March. Johr was in Austin to play at Stubb’s–just one of the many stops he will make on his road to Movement.

Movement is an electronic music festival that celebrates techno in it’s birthplace of Detroit, Michigan, and 2010 marks it’s tenth anniversary. “The lineup is absolutely on point” Johr said about the DJ’s currently slated to play Movement,”we have Richie Hawtin doing Plastikman live and Kevin Saunderson and Company doing an inner city set.'” Although this is Johr’s third time playing Movement, he said this year holds special significance for him because he will be spinning with the pioneers of the Detroit techno sound.