The versatile frontman is writing tunes for the Cartoon Network's The Marvelous Misadventures of Flapjack! 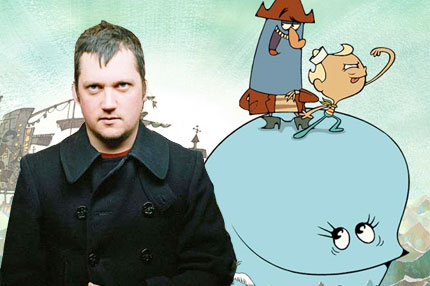 Looking for a new children’s show to get your kids or — let’s be real — yourself hooked on? Start watching Cartoon Network’s The Marvelous Misadventures of Flapjack because gravel-voiced Modest Mouse frontman Isaac Brock is contributing music to an upcoming episode!

The very trippy — and funny — animated show follows the exploits of little boy Flapjack as he tries to hunt down candy to satisfy his massive sweet tooth. Turns out, Brock is a big fan of The Marvelous Misadventures, as revealed on creator Thurop Van Orman’s blog. In the brief note, Van Orman mentions that Brock “is about the greatest guy around, and is doing some kickass music for us.”

Other details, like when this bound-to-be-awesome episode will air, are still unknown. But hopefully it’s soon: Aside from their 2009 EP, No One’s First and You’re Next, it’s been three years since Modest Mouse’s last full-length album, We Were Dead Before the Ship Even Sank.